United States – The plague of child soldiers: a look at Salesian efforts to their recovery
Featured 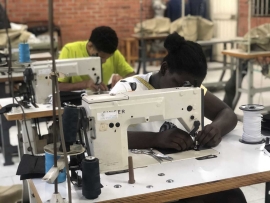 (ANS - New Rochelle) - Thousands of children are being recruited and used in armed conflicts all over the world. Between 2005 and 2020, more than 93,000 cases of children recruited and used by the warring parties were verified, although the real number of cases is believed to be much higher. Unicef ​​recalled this on the occasion of the International Day against the Use of Children Soldiers, which took place last Saturday, 12 February.

“Often referred to as 'child soldiers', these boys and girls suffer extensive forms of exploitation and abuse that are not fully understood in this term,” UNICEF underlines. The warring parties, in fact, use children not only as fighters, but also as explorers, cooks, porters, guards, messengers and more. Many, especially girls, are also subjected to gender-based violence.

According to the latest annual report by the UN Secretary General on minors and armed conflicts, in 2020 the United Nations verified 26,425 serious violations, including the recruitment and use of 8,521 children, an increase compared to the 7,750 cases recorded in 2019.

“Children utilized in hostilities and war have faced unimaginable violence and abuses and need our support to have a second chance in life,” said Fr Gus Baek, director of Salesian Missions, New Rochelle, USA. “In countries around the globe, Salesian missionaries work with former child soldiers so that they may overcome the traumas of war and reintegrate into society.”

For example, in Colombia, one of the countries most afflicted by the phenomenon of child soldiers, the Salesians are active with various centers and programs for their recovery. One of the model centers is in Cali. Upon their arrival at the Don Bosco Center, the young people who are welcomed receive a uniform and the tools that correspond to the profession they have chosen to learn. More importantly, they are given a chance to regain their personal identity and start rebuilding their self-esteem and trust in others. The Salesian center counts on a team of professionals who help the young people to establish a formation plan. Young people can take courses to become electricians, industrial mechanics, auto repair technicians, cooks, tailors, beauticians, welders, IT operators, accountants, librarians, or secretaries. Courses are the cornerstone of development, and young people also learn safety rules there, such as handling machines and products, and undergo life skills training that helps them regain the ability to relate to others as well. There are currently 30 young people who are in training at this center.

But there is more than ‘only’ recovery: prevention is also important. In the city of Bamako, the capital of Mali, the Salesian training center "Père Michael" is bringing joy, providing education, and fostering peace among the children and young people of the Niarela district and the outskirts of the city, functioning as a deterrent for children being recruited as child soldiers. In a country that in the space of 9 months, between 2020 and 2021, has suffered two coups d'état, these young people receive the opportunity to play sports, learn music, study in its library. In this way, they are kept away from the street, from harmful habits such as alcohol or drugs, acquire useful skills for their present and future, grow in safety, and do not fall prey to those who want to use them in conflicts and operations much larger than them.