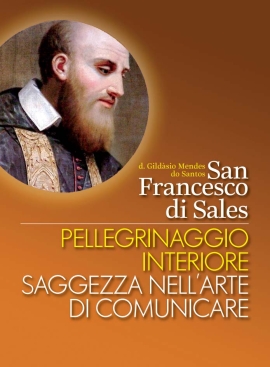 St Francis was a genuine communicator!  While knowing how to accompany people in an interpersonal relationship, he was also a man of vision, dialogue, discernment, choices and decisions, a man of governance! Considering the context of religious tension in which he lived, we can say that he built an organisational and institutional communication strategy because he believed deeply in his mission as a man of God and pastor of the Church.

Francis de Sales constructed a communication policy that allowed him to build unity among his clergy and people at the diocesan level and, at the same time, represented the Catholic Church with a strong sense of fidelity and responsibility.

He was an apostle, preacher, writer, man of action and of prayer dedicated to implanting the ideals of the Council of Trent; he was involved in controversial issues dialogue with the Protestants, experiencing increasingly, over and above the necessary theological confrontation, the effectiveness of personal relationship and of charity; he was charged with diplomatic missions in Europe and with social duties of mediation and reconciliation (Benedict XVI 2 March 2011)

Francis communicated with the heart of a great pastor and from the perspective of someone who cared about defending the Church's doctrine, accompanying its people, forming its clergy, and creating a good relationship with the people of the Church and society. Convinced of the importance of the art of typography, he wrote a letter in Italian to the Nuncio in Turin in May 1598 expressing the need for a printing press:

Among the other things that are necessary, one is that we have a printer in Annecy. The heretics send out pestilent little books every hour, and many Catholic books remain in the hands of the authors so that they cannot be sent to Lyons and do not have the convenience of a printer. (L I 337).

During his lifetime, St Francis de Sales wisely brought his viewpoint on intrapersonal, interpersonal, communal and institutional communication into a unified and connected whole.  After his death, his life and teaching had an enormous influence on the Europe of his time and on the centuries that followed, both throughout the Church and the world. The patron saint of journalists and writers, he continues to be an example of a communicator even today in our digital and virtual universe.