RMG - Why is suicide on the increase among teenagers?
Featured 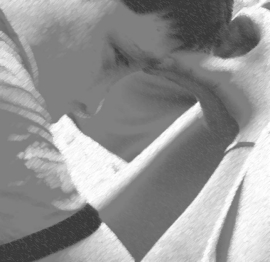 (ANS - Rome) – Just when it seemed that digital piracy meant the end of creativity, new TV platforms led to a new golden era for TV series. Among them, for example, there is "Thirteen reasons why", an adaptation of a book which tells the 13 reasons why American teenagers commit suicide.

On TV screen, on PC, tablet, and smartphone, we find the social networks where many teenagers spend a big part of their lives.

On one of these networks there is a macabre game that is spreading fast. It ends in nothing less than suicide, going beyond the suggestions that a few decades ago triggered the most addictive role-playing games. This is the game called "Blue Whale", a competition that has encouraged dozens of documented suicides in recent months, and has spread to almost a hundred countries.

The rules for participating in this game are spread through private groups on Facebook or from phone to phone via instant messaging services. It consists in about fifty tests that must be accomplished with proof sent by photo to the game manager. The tests are all incidents of self-harm leading up to test number 50 which is suicide.

Each year about 800,000 people commit suicide. Suicide is the second leading cause of death among young people between the ages of 15 and 29.

Beyond some sensational news or a dramatic scene like that in the movie "Dead Poets Society," today - as always - suicide among teenagers is a serious problem. But it's also something more, it's an appeal from teenagers to make them more than just an animated cartoon with hormones. Families, educators, friends ... we are all involved in this journey, each of us with our own role and experience.

In the end a life, especially that of a teenager, that ends in suicide, says more about the society in which it occurs than it does about the personality of the one who came to this sad end.