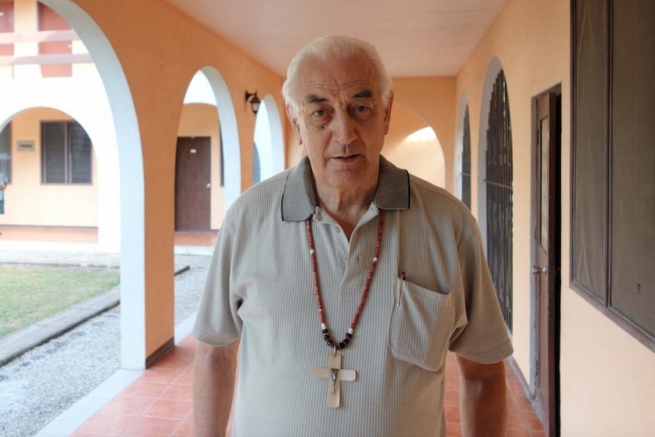 (ANS - Rabaul) - "Can a bishop look away? Can a religious worker pretend that these injustices are not happening? Defending a vulnerable and helpless population, such as that of West Pomio, is a mandate from the Gospel, just like educating young people and treating the sick." Archbishop Francesco Panfilo, Salesian Archbishop of Rabaul, reiterates his commitment to the indigenous peoples of West Pomio and firmly denounces the expulsion of a foreign collaborator, Douglas Tennent, active and at work in the archdiocese for many years, and now deported for "having been implicated in sensitive issues affecting landowners."

The issue is complex and comes from afar: in 2012, a group of landowners from the West Pomio area, in the territory of the Archbishopric of Rabaul, signs a contract with a Malaysian multinational company, Rimbunan Hijau, granting the company rights for the exploitation of timber for the production of palm oil.

But that contract had more than one problem. Mgr. Panfilo lists a few in a statement circulated by the archdiocese. "The sub-lease agreement is very unjust to the customary landowners; rental payments for the land are inadequate and the firm has even failed to pay for the last two years; coercive means were applied in obtaining consent from the lawndowners for the Concession areas; the local population was insufficient informed; there is the serious issue of environmental devastation and the failure to respect several sites that the indigenous people hold sacred; after six years, there have been no significant improvements in social and community services: therefore, there has been no positive impact on local communities."

Now, following the request of the very populations of West Pomio, and in accordance with the Church's Social Doctrine, and the indications renewed by the Laudato Sì of Pope Francis, the archdiocese has pledged to seek - and indeed find - a "broad consensus" (albeit not unanimous) between landowners and other companies active in the disputed area for a resolution. And Mr. Tennent, a New Zealand lay missionary, who taught law at the State University of Port Moresby and has circa 30 years of activity between Papua New Guinea and Solomon Islands, "working 15 hours a day, 6 days a week," as Mgr. Panfilo writes, has also been pleading this cause.

Only suddenly, last June 9, Mr Tennent was notified that “the cancellation of your entry permit by the Minister is due to the blatant abuse of the conditions of your Special Exemption/Religious Worker visa by engaging in sensitive landowner issues in East New Britain Province.” The notification was delivered on Friday afternoon, leaving no margin of appeal to the New Zealand volunteer, who promptly repatriated the following June 12.

The entire story has created much clamor and indignation in the political sphere and in the mass media. Msg Panfilo continues to urge the authorities to "immediately call back Mr Tennent, whose contribution is precious to the administrative progress of our local Church"; and he has no intention of giving up his role as a defender of the population that has turned to him to help claim and defend their rights.