Uruguay - The Pius Meteorological Observatory: an authority to educate
Featured 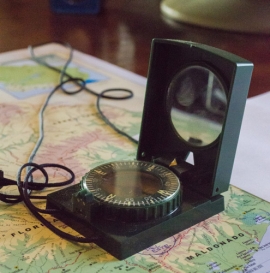 (ANS - Montevideo) - It was the afternoon of May 7, 1882, and the Salesian Institute Pius IX of Villa Colón, Uruguay, boasted of having a meteorological observatory: the first of the country and the second of South America after that of San Nicolás De los Arroyos.

Only in 1905 did the State employ a Salesian whose surname was Morandi, who came from Italy, and together with Fr Luigi Lasagna, founder of the institute, organized the state weather service.

The Observatory was abandoned until 2006. Then, at the end of 2013, prof. José Serra, a meteorologist with extensive experience, co-founder of "MetSul" - a consulting and weather forecast company based in Brazil - offered several conferences at the institute, which were attended by its former students, namely the Class of 1959, who after the lectures, met with him and discussed the possibilities of reactivating the Observatory.

Thus, in the first months of 2014, the Observatory was reopened, with computer equipment and without the Internet, as Professor Serra explained, who ultimately decided to accept the role of chief curator of the project.

Operating networks have been laid down from the Observatory, allowing access to weather information from around the world with extremely precise forecasts. Currently, up to 72-hour forecasts are provided, which are broadcast via 65 radio stations across the country.

In addition to providing forecasts, the Observatory is training future meteorologists and related technicians, with courses based on the requisites of the World Meteorological Organization (OMM).

It is a profession “that requires a lot of project planning since job prospects could be as a court counselor or a hospital, alongside a President of the Republic, or in the countryside, a construction company, the fields of transport or tourism ..., "explained prof. Serra.

Professor Serra also reported that reactivating a meteorological center was of great importance because of the profund climate change currently taking place: "At a time when climate change is being widely acknowledged, OMM not only requires information generated and provided by the official institutions, but also requires that the data from particular networks generating data be collected."