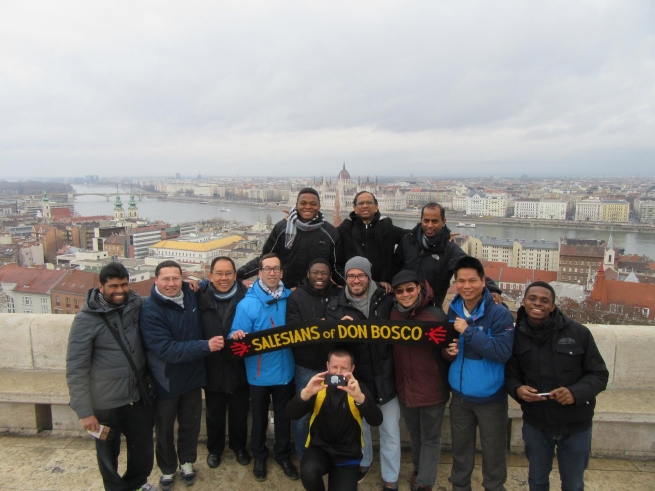 (ANS - Budapest) - "Hungary is currently the world's smallest Salesian Province with only 34 Salesians, but it has a very brilliant future ahead of it. Prior to the advent of the communist regime in 1948, the Hungarian Province had more than 200 consecrated persons, including many missionaries and General Council members. But under - and after - the 40-year regime, vocational promotion was interrupted and the number of Salesians fell considerably. Since 2004, the Rector Major has sent a good number of missionaries from India, Poland and Vietnam. Some very significant Salesian works have been opened, and the recent vocational flow has increased."

Salesian Brother Geza Nadudvari, Economer of the "St Stephen King" Province of Hungary, shares some of his reflections on Europe, his country and the Salesian presence.

In the past, Salesian Europe tended to have an attitude of superiority. Today, thanks be to God, even the older Salesians have realized that our consecrated vocation is the most important aspect that unites us and that the more Salesians are present from several different countries, the more the Salesian community will be enriched and more attractive even to the local youth, thanks to the contribution of young missionaries.

In the past, we had more older Salesians who survived 40 years of persecution. Now there are only four of them. That's why we can say we just have to look ahead. But thanks to the enthusiasm of the few local Salesians and missionaries, our future is bright. We are slowly emerging from below and the Salesian charism still generates its fruit.

Our presence in the country started in 1913 and, re-liberated in 1989, as Salesians we have recovered some old traditional centers and infrastructures and started a marvelous  house at Kazincbarcika. It is a community in eastern Hungary, one of our country's underdeveloped regions most affected by Communism, and where one of the great Rom communities resides. Thus, in the heart of modern Europe, one of the most important Salesian missions is located.

When one is assigned to that work, we all feel privileged, and I am honored to be the first Hungarian pioneer there. In 2006, we started a new community with two Salesian missionaries and it developed as if miraculously, like Don Bosco's experience in Valdocco. In fact, in God's grace, in only a few years a wonderful mission has emerged with a huge vocational school for the poorest, a parish and a secondary school, and it is now the strongest and most significant Salesian presence in Hungary.

There was also a "Sandor effect" on the Salesian consecrated vocations in our Province following the beatification of Salesian Coadjutor Stefano Sandor in 2013 - a blessed one who did not do exceptional things but just like St. Francis of Sales and Don Bosco, reached spiritual peaks in the fulfillment of their own duties.

At the time I was the only Coadjutor in Hungary and so this vocation did not appeal to young people; it was only considered a passage to priesthood. Beatification was the first occasion for public sharing of this consecration. Today, the figure of Blessed Sandor is widely known among young people, and those who have never considered the priesthood vocation might willingly respond to God's call to become Salesian Coadjutor. In fact, it is certainly more a blessing from heaven than the result of a human effort, but since we have blessed Stefano Sandor, we have at least one vocation to the consecrated life of the Salesian laity every year, and we are constantly blessed with new Salesian novices!

The website of the Hungarian Province is available at: http://www.szaleziak.hu/