RMG – Reflection on the Rosary
Featured 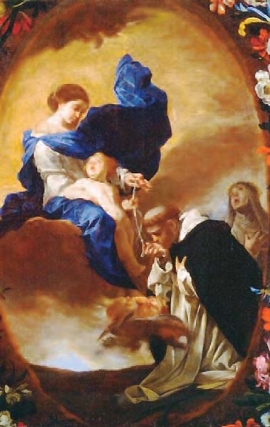 (ANS – Rome) – “My mother having been raised from the age of 5 to 14 in what was then Mary Help of Christians Orphanage in North Haledon, N.J., loved the Rosary. Later, now married and with kids (six), she would often have us stay together after supper to say the Rosary as a family. My Protestant father, just back from bearing the heat of the day working at Ploch Farms in Clifton, was there of course. Invariably, one of the intentions she announced would be ‘that Daddy become a Catholic.’ Of course all eyes went to Daddy. What did he feel like sitting right there?”

General Councilor for the Region of Interamerica

It wasn’t until more than 30 years later, on his deathbed, only three days before passing, that he officially embraced the Roman Catholic faith, by simply reciting the Creed, his Lutheran Baptism valid. When I asked him, he said “I’m doing it for your mother.” Wrapped through his fingers in the casket was a carefully placed rosary. Members of his side of the family, my aunts and uncles and cousins, I think were a bit taken aback seeing it there. Little did they know that he “willingly” had been saying the family Rosary for years.

In fact, I remember his sister Katherine asking my mother there in the funeral home, “Oh, was Eddie Catholic?” “Of course,” said Mom. That was one of the times I began to understand the power and mystery of saying the Rosary. To say the Rosary is to leave the lockstep dimension of chronological time and enter a mysterious and timeless journey. It’s the journey of living those joyful and luminous and sorrowful and glorious moments of the mystery of Jesus, in company with Mary, who walks with us now as she walked with him then.

I know the Rosary is not a Marian prayer in the sense of a prayer TO Mary. Whereas most of the words are indeed addressed to her, the blessed among women, they’re meant to be just openings to the mysteries meditated, mysteries she once lived in real time, mysteries of our timeless salvation.

Does Mary say the Rosary? At one time in my life I might have scoffed at that overly pietistic and barely theological possibility. During my years in the parish of Our Lady of the Rosary in Port Chester, not to mention my many trips to Marian chapels, churches, shrines, and basilicas in the Inter-America Region, I was at first aghast at some expressions of the simple religiosity of the people – like placing rosary beads on a Mary statue. One cannot escape the palpable love of the Latin American people for Mary. Under a multitude of titles and apparitions she is truly “la Madrecita,” “la Morenita,” “la Virgen.”

And they are in no way embarrassed to express that out loud: processions, shrines, Guadalupe tattoos and tee shirts, jewelry. And statues of Mary with, let’s just say, lots of rosaries in her hands. What an anachronism, I thought.

But wait! There’s something deeper here. It’s not that Mary is saying prayers to herself. It’s that she’s giving us an example, an invitation, to join her in recalling those joyful, luminous, sorrowful, and glorious moments of the life of her Son, our Savior: to make them present; to imagine or contemplate ourselves living them – in company with Mary of course.

As she helped Jesus become human then, she helps us become Christian now.

The mysteries of Christ’s birth, life, death, and resurrection are not locked into 2000 years ago. They go beyond mere moments in history, significant as they may be. The Rosary is more than recalling important moments in the history of Jesus’ life. It’s entering and living the mystery now. I confess to daring my own alternation of the usual flow of the mysteries. In the glorious I like to combine the fourth and fifth into one, “Mary assumed into heaven and crowned as Queen.” Then for the fifth I like to commemorate that “Christ will come again.” Thus the Rosary takes me full circle from the first joyful mystery, preparing with Mary for the first coming of Christ, to the last glorious mystery, preparing with Mary for the second coming of Christ from where Mary sits body and soul at his right, helping each of us to live out our YES.

From the Weekly “E-Service” of the USA Eastern Province.