RMG - Salesian Missionaries in the World: A Global Commitment
Featured 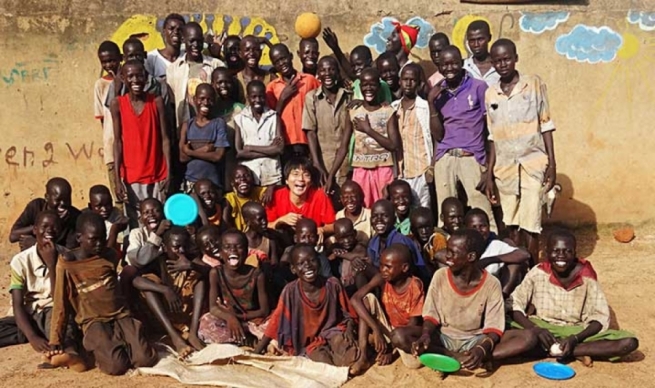 (ANS - Rome) - There are many people around the world who, inspired by Don Bosco, spend their lives far from their homeland to devote themselves to the mission of evangelization and the human development of other peoples. On the occasion of World Mission Day, celebrated Sunday, October 22, we want to remember some examples.

In the first continent Salesian missionaries reached, the primary goal remains to be among the poor young people to provide educational, human and spiritual support. "I was fortunate enough to know Fr Luigi Melesi, back from the first expedition 'Operation Mato Grosso' in 1967. He would talk about his experience with joy, and my heart would beat with excitement in hearing about it. So I decided to leave as a missionary ... I dreamed of spending my life for the poor," says Fr Ernesto Sirani, today a pastor of 15,000 souls in the Peruvian Andes.

Love for the recipients of one's mission is what is also perceived in an orphanage of Inharrime, Mozambique, where Sister Lucia Teixeira, Daughters of Mary Help of Christians (FMA), has lived and worked for 42 years. "Our little girls have no mothers or fathers, but they have found a family: they are happy to have us and we are happy to have them, because Salesian life makes sense only because they exist," she says.

Simon Mühlbauer, a 19-year-old German, decided to take part in the "Don Bosco Volunteers" program. Now he invites his German friends to volunteering as missionaries and wants to promote an inverse program where young people from developing countries are sent to Germany as guests of the Salesian communities. Of his experience, he says: "In my service, more than teaching I learned, and learning is something that concerns everyone."

Usually when thinking of missions, the countries of the South of the world come to mind. But there is also a great need for missionary support in Europe. José Liano, a Guatemalan Salesian, is now a missionary in Gjilan, Kosovo. When he decided to leave, some confreres said, "why go away, leave, if we have a lot of work to do here?" "True, there is a lot to do," he replied. "But if the first Salesians had not gone beyond, how would we have known God, Don Bosco and our vocation?"

As Fr Ángel Fernández Artime, Rector Major of the Salesians, and Successor of Don Bosco, has repeatedly stated, "we cannot forget our origins and our charismatic identity," that of a Congregation that is missionary by nature.