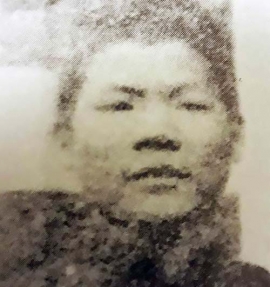 (ANS - Macau) - The deepening of the Salesian consecrated identity in its two complementary forms, lay and presbyteral, is one of the guiding themes for today's Salesian Formation. In this perspective, it may be interesting to note how the first Salesian vocations that arose from the Sons of Don Bosco's arrival in the Chinese territories were, in fact, those of lay Salesians; a result that was probably the fruit of the testimony of valid Salesian missionary brothers.

Br. Simon Tse Ping Yuen was born in 1902 in Shui Hang, Kwang Tung Province. At the age of 13 he was admitted to the first Salesian center in China, the "Salesian Institute" of Macao to complete his elementary education and to learn the craft of shoemaker. Endowed with grace, he first enrolled in the Sodality of Saint Joseph and then in that of the Blessed Sacrament, wherein he shone for his apostolic zeal, so much so that he was elected its President.

In 1925, after the novitiate, in Ho Sai, he made his First Profession and was assigned to work in the Don Bosco school of Shiu Chow, distinguishing himself both as a teacher of the profession, but also as a well-rounded educator, noted for trying to reproduce the examples he himself had so admired in the Salesians in Macao.

After a year he was sent to serve in the Salesian school just opened in Shanghai, and was able to learn more about the craft of shoemaking from Salesian coadjutor brother Ottavio Fantini, an Italian missionary. However, the small ship in which he traveled with three young aspirants sank and Mr. Simon and the three aspirants drowned. It was 11 January, 1926.

At 26, Br. Simon was the first Chinese Salesian to reach Don Bosco in heaven.

Br. Simon is certainly the first professed Chinese Salesian; the second was also a lay Salesian, Br. Joseph Lam, and he also died very young in Macao, on April 21, 1927.

The seeds of the Salesian lay vocation were probably sown by the first 9 Salesian coadjutor brothers who arrived as missionaries in Macao and in the Apostolic Vicariate of Shiuchow which, at the time, had been entrusted to the Salesians; these were: Luigi Carmagnola, Felice Borasio and Gaudenzio Rota (1906); Ottavio Fantini, Luigi Viola and Josef Sturm (1912); Vincenzo Guglielmino and Giuseppe del Corno (1913); and Giovanni Gnavi (1918).

"We thank God for the specific contribution of lay Salesians to our charism, to our community and to our mission!," says Fr Lanfranco Fedrigotti, Superior of the Salesian Province of China, based in Hong Kong.