Vatican - Pope Francis at Pre-Synodal Meeting: "We need you young people, living stones of a Church with a young face"
Featured 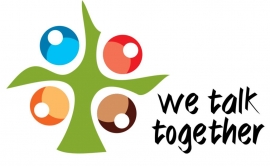 (ANS - Vatican City) - Yesterday, March 19, at the headquarters of the Maria Mater Ecclesiae Pontifical International College in Rome, Pope Francis inaugurated the pre-synodal meeting of young people, scheduled until March 24th. In a serene, colloquial and very familiar atmosphere, he dedicated a whole morning to the 300 young people from all over the world, to prepare with them the Synod of Bishops scheduled for next October. And above all, he answered each of their questions.

In his address, the Pope said: "I invite you, this week, to express yourselves frankly and freely - I said it before and repeat it again: without restraint. You are the protagonists and it is important that you speak openly. 'But I'm shy, embarrassed, the cardinal will hear me ...' Let him hear you, he's used to it. I assure you that your contribution will be taken seriously."

The Pope listened to the reports that five young people prepared on the current situation of the Church in their continents and he answered their questions like a father to his child. With simplicity, and starting from a heart that has Jesus in its life, like a Shepherd who knows his sheep, he accompanies them, guides them, encourages the young to keep on walking according to their own dreams and aspirations.

In the pre-Synodal meeting, he answered the questions of five young participants: a Nigerian girl who was victim of human trafficking, a young French atheist, an Argentine who teaches in the institutes of the organization “Scholas Occurentes”, a Ukrainian seminarian and a young Chinese religious.

"You are the protagonists and it is important that you speak openly," said the Pope, calling for an "intense dialogue." "You have been invited because your contribution is indispensable," he said. "As in numerous biblical episodes, God wants to speak through the youngest."

"We need to rediscover in the Lord the strength to recover from failures, to move forward, to strengthen our confidence in the future. And we need to dare new paths. Even if this involves risks," the Pope repeated. "A man or a woman who does not risk, does not mature. Without risking, do you know what happens to a young man? He gets old! And the Church also gets old ... We need you young people, living stones of a Church with a young face, but not with make up. Not artificially rejuvenated, but revived from within."