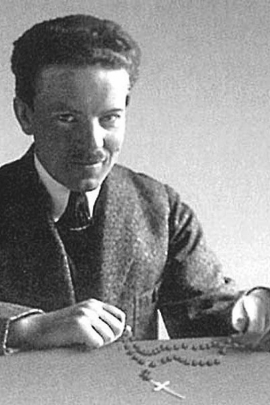 (ANS - Rome) - On April 2, 2005, after 85 years of life and over 26 of the Pontificate, John Paul II died. The young people, whom he had always sought and invited to follow Christ, accompanied him in his last moments on this earth, filling St. Peter's Square in the hours of his agony and displaying banners with the words "Santo Subito", literally 'Saint right away', already on the day of his funeral. At the origins of this great feeling between the Polish Pope and the young there was also the contribution of the Salesian environment wherein he matured his vocation, especially due to the charism of a committed lay person, Jan Tyranowski.

"Being saints is not difficult." This sentence inspired Jan Tyranowski and he repeated it to Karol Wojtyła while the future Pope discerned his priestly vocation in the Salesian parish of "St Stanislao Kostka" in Krakow-Debniki. A sentence that proved to be of undeniable impact, if one observes how John Paul II became a saint in record time in 2014, while for the layman Tyranowski the recognition of Venerable came last year.

Tyranowski, born in Poland on 9 February 1901, loved to walk in the mountains and was interested in many things, from science to foreign languages, from gardening to psychology. He was first an accountant, then took over his father's business and began working as a tailor. It was at that time that he joined the apostolate of “Catholic Action.”

He became increasingly involved in parish activities and in 1935, during the homily of a Salesian priest, he felt a strong call that led him to undertake a life of profound spirituality.

The Nazi invasion of Poland changed his life. Nine Salesians from the parish were deported and died in concentration camps. In 1940, Tyranowski was asked to become responsible for pastoral care for young men. A little fearful, he accepted. Tens of young people took part in his "circles of the living Rosary" and eleven vocations arose, including the future Pope's.

The Polish Pontiff never forgot Tyranowski's influence, and he had a small portrait of him in his room in the Apostolic Palace. The Pope attributed the flourishing of his vocation to the priesthood to him.

Tyranowki could not be present on the day of the Wojtyla's ordination in November 1946, as he was affected by tuberculosis. He died on 15 March 1947, embracing a crucifix.