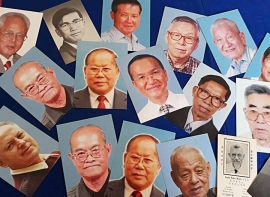 (ANS – Rome) – With the imminent start of the 7th East Asia-Oceania Salesian Brother Congress in Vietnam (K’Long, Vietnam – August, 9-12), many would ask “Indeed how many are the Salesian Brothers among the 1422 Salesians SDB in this Region (January 1, 2018)?”

At present there are 53 temporary professed and 155 perpetually professed Brothers – a total of 208 Salesian Brothers in the 12 provinces and 23 countries of East Asia-Oceania (EAO) region.

The third insight concerns the total absence of Brothers in some areas: there are 9 of 23 countries with no local Salesian Brothers: Fiji, New Zealand, Samoa, Pakistan, PNG, Solomon Islands, Malaysia, Laos and Mongolia. And we are grateful to welcome the first local Brother from Cambodia.

The presence or absence of Salesian Brothers in the provincial council (CIN, FIN, MYM), in the Formation commissions, or absence in the aspirantate, prenovitiate and novitiate also impact our charismatic balance of lay and clerical elements.

There are many ways we can reflect on our statistics. What are the factors that foster solid growth of Salesian Brother vocations in most of our provinces? What makes one provincial community Salesian Brother-friendly? There are many point the 7th EAO Congress will reflect on the statistics, but one thing is certain: the main impact on the Salesian vocations growth is not from “outside” (general culture, Catholic Church clericalism, family pressure, etc.), but the main impact exercised by “Salesian culture” created within each EAO provincial community.

This fact was already confirmed 12 years ago in the 5th EAO Congress in Cambodia.

“Each call is an indication that the Lord loves the Congregation, wants to see it vibrant for the good of the Church and never cease to enrich it with new apostolic energy.” (SDB Constitutions art. 22)