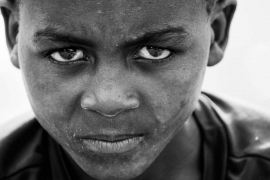 (ANS - Rome) - In his words to the Synod of Bishops on young people, the Rector Major highlighted several themes: that the Church is not only made up of parishes, but also of many structures that welcome, educate and accompany; the need to include young foreigners in communities; the need for fatherhood and motherhood of many young people. With its activities in favor of Unaccompanied Foreign Minors (UFM), the "Borgo Ragazzi Don Bosco" represents an exemplary model on all three issues.

When referring to the UFMs, one thinks of the problems related to reception, protection and documents. All essential things. But it should not be forgotten that the UFMs are mostly boys, children. They like to meet other young people, they need to keep in touch with their family of origin, to go to school, to play ...

Too often, in fact, the boys find themselves parked in the structures, mostly alone and among countrymen; they find food, shelter and social services, but also little effort towards genuine inclusion.

When the Pope and the Rector Major launched an appeal for the reception of asylum seekers, at the "Borgo Ragazzi Don Bosco" it was decided mainly to offer them educational opportunities and to experiment, together with them, possible paths of inclusion.

A fundamental rule adopted was to welcome UFMs alongside and together with Italians and second-generation foreign students. And offering each family a reference family was also tried, to foster the birth of a bond even when they will have to go and live on their own.

The staff of the "Borgo" then chose to offer them short courses towards employment because at 18, the UFMs will have to walk forth on their own and even start sending money home.

What is observed is that these boys, teens, need points of reference. Often, after having been at the "Borgo" for a period, they return: they know that someone will be willing to listen to them. The best thing is to offer them real opportunities to do something, make them feel useful and important.

The community of the "Borgo" believes in reception being made in small towns, and not in large city centers, which reproduce ghettos and refugee camps such as those from which they left.

Here's what is needed: to rethink ordinary educational activities (oratories, schools, sports, vocational training) by opening them to foreign children in every context and in every territory, adapting them in a flexible fashion according to their possibilities, rather than creating structures dedicated only to the UFMs and to them only.