Democratic Republic of Congo - Does charity for beggars really help them or helps them stay on the street?
Featured 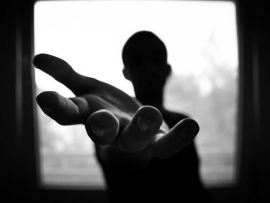 (ANS - Lubumbashi) – On leaving the main streets of Lubumbashi in the evening one might even see and meet a thousand children on the sidewalks and intersections. They are all between about 7 and 12 years old, both boys and girls. Where do they come from and what are they still doing on the street at that time of night?

Some have been driven from their homes, others have fled, preferring the freedom of a life without constraints. On some rare occasion, a conscientious parent does his or her  best to bring the lost sheep home; for the most part, it is a matter of relief that they, the children, are away and on the streets to get by on their own ...

Those who belong to another generation will remember that once the child, in any circumstance or case, was a precious pearl that had to be protected. Never would one allow the blood of one's own blood to roam the streets. So why are so many children in the streets of Lubumbashi?

As far as we know, not by chance. Observing them closely, you can see how they actually live on the streets. They build small autonomous communities, led by a leader to whom everyone is subject. They enjoy being on the street and they like this life. The street becomes their all: home, bed, place of leisure, work, of all that can be imagined ... Many of these children come from other provinces and when they do return to their “home”, they propagate the echo of street life in Lubumbashi, encouraging new and similar behavior.

Have we got so used to these scenes, so much so that we find them normal? The charity given to them on the street does not solve the problems, but encourages them to stay on the street for as long as possible. If we really want to reduce this phenomenon, let's stop, let's stop "helping" them on the street. Otherwise, you'd like to do something for them, but one does, instead, its opposite.

If we really love these children, let's ask them, encourage, push them towards reaching the facilities hosting such children, like them, who have no local family references, places where they could get real help: educational and rehabilitation courses, psycho-social support, job training. Acting in the opposite direction means institutionalizing their presence on the street.

Let us teach them something by which they can take care of themselves. If the provincial entities work in synergy, exchange information and develop new strategies to contain children in their provinces of origin, respect for human rights will be strengthened, heightened.

If no one is interested in them, if our eyes do not change with them, if we do not give them yet another chance of being educated, of healthy socialization, of developing in a healthy environment ... we will prepare ourselves a difficult future.