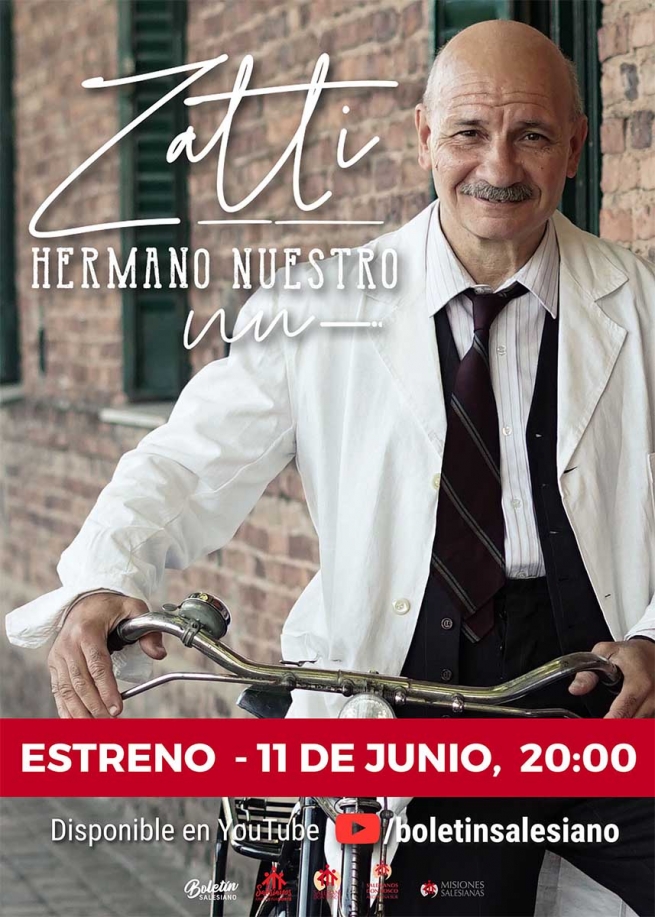 (ANS - Buenos Aires) - "Zatti, our brother" is a short film on the Salesian nurse Artemide Zatti (1880 - 1951), who for forty years dedicated himself to the care of the poor and sick of Viedma, Rio Negro. There he directed one of the first hospitals in Patagonia, which in fact bears his name.

Today more than ever we are witnesses to the importance of health professionals. Zatti's life teaches that healthcare is an act of great love, and that in the face of adversity we must do all that is humanly possible, knowing that God never abandons us.

The work being distributed represents the first Salesian cinematographic narrative work produced in Argentina, produced by the national Salesian Bulletin with the support of the two Salesian Provinces in Argentina, the Salesian Mission Office in Madrid, Spain, and the Salesians of Don Bosco worldwide.

The thirty-minute film will be officially released on Thursday 11 June at 20:00, Argentine time (UTC-3), free of charge on the YouTube channel of the Argentine Salesian Bulletin. The original language is Spanish, with subtitles available in English, Italian, Portuguese, Polish and French.

“This historical moment we are going through invites us to be creative and not to give up. The figure of the Salesian coadjutor Artemide Zatti takes on a particular dimension due to his charisma and attention to the poorest of the sick. And its history inspires us to face the difficulties with faith and hope," write the producers of the film: "Zatti, our brother."

The original idea belongs to the Salesians Fr Ricardo Cámpoli and Fr Pedro Narambuena. During 2018, Cámpoli, a graduate in Production and Audiovisual Direction, wrote the screenplay, while the team of the Salesian Bulletin of Argentina, the national communication body of Don Bosco's work, carried out the tasks of pre-production. Filming began on March 25, 2019. A group of 50 people worked on the project, including the Salesian Bulletin team, audiovisual technicians, actors and actresses.

From the outset, the film has had the support of the Rector Major of the Salesians, Fr Ángel Fernández Artime, and represents a milestone for Salesian social communication in Argentina.

This production motivates us to learn about the holiness and spirituality of Blessed Artemide Zatti. His experience as a nurse and religious allows viewers to achieve a renewed gaze in response to the demanding task of being attentive to the lives of others.

"May Don Zatti, the nurse of the poorest, accompany all those who suffer today from the Covid-19 crisis we are experiencing, and that we can all have stronger hope in our good God," conclude the producers