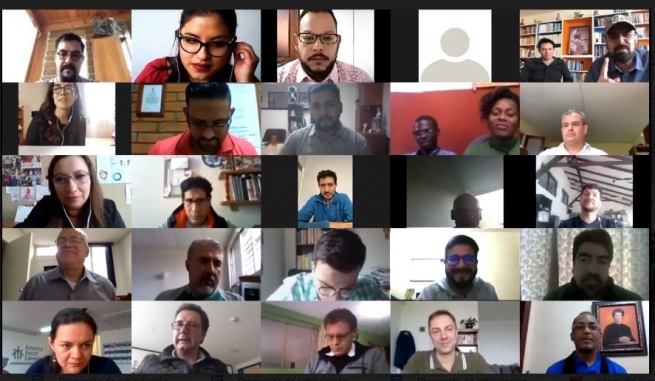 (ANS - RMG) - The XVI Regional Meeting of the "Salesian Social America" ​​Network took place online from 8 to 10 September. Initially planned as a face-to-face meeting to be held in Jarabacoa, in the Dominican Republic, the event saw 42 participants among Salesians and lay people - Delegates for Youth Ministry, Delegates for Social Works or Directors of Social Works - from the 14 Provinces of the Salesian region of Interamerica: Antilles, Bolivia, Central America, Chile, Colombia-Bogotá and Colombia-Medellín, Ecuador, United States East and Canada, United States West, Haiti, Mexico-México, Mexico-Guadalajara, Peru and Venezuela.

- Some specific training and communication issues, as part of the Network's management and programming guidelines.

As regards the first point, it was highlighted that, one year after the approval and funding by the Rector Major, Fr Ángel Fernández Artime, the regional project on the accompaniment and systematization of the attention processes of children, adolescents and young people at risk (NNAJ, in Spanish) in the houses dedicated to them already boasts a central office in Ecuador from where the processes of the various Provinces are initiated and accompanied.

As part of the formation, the results of the research carried out among the Provinces of the Inter-American Region were presented, where the themes of Salesianity, strategic planning, emotional intelligence, human rights, leadership and group management were highlighted.

The remote meeting was also attended by the General Councilor for Salesian Youth Ministry, Fr Miguel Ángel García, who stressed that “when it comes to the Salesian preferential option, it must not be considered only as another element or office of Youth Ministry, but as an aspect that forms the Salesian identity: it is the heart of pastoral care.”

For his part, Fr Hugo Orozco, Councilor for the Interamerica Region, acknowledged the efforts and work of lay men and women “who are outraged by poverty, discrimination and violence against children, young people and young people at risk, and who with their Salesian heart intervene with education.”

“The reason why we look to the social,” he continued, “is because we are believers and therefore we look at reality in the style of Don Bosco. And what differentiates us from the many models of intervention that exist in this field is that we offer the values ​​of the Gospel to children, young people and young people at risk through our educational intervention.”

Therefore, with reference to the new forms of poverty generated by the pandemic, he concluded, “the Provinces must look beyond the immediate, go beyond the distribution of food, to look at and intervene on the new poverty among young people.”