Belgium – "Next Generation Edu - Education for the Future of Europe"
Featured 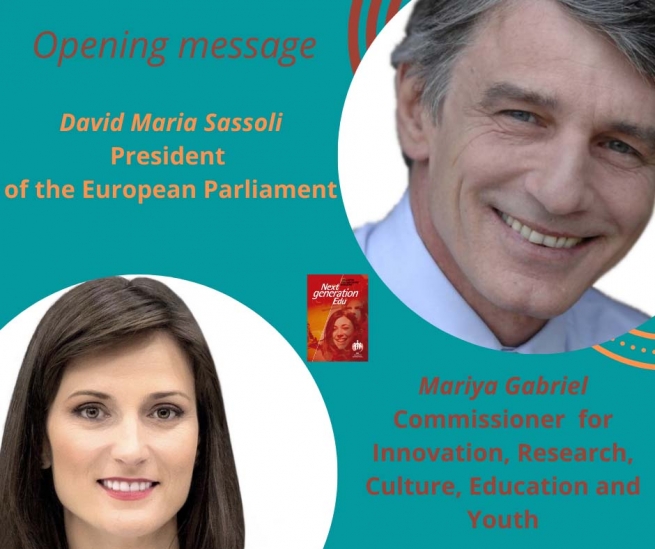 (ANS - Brussels) - In view of the annual celebrations for the feast day of Don Bosco, the body that represents the Salesians in European institutions, "Don Bosco International" (DBI), wishes to promote reflection on the role of education. For this reason it has organized for next Friday, January 29, 2021, an online conference entitled: “Next Generation Edu - Education for the Future of Europe”. Opening the meeting will be the President of the European Parliament, David Maria Sassoli, with a speech entitled "The role of education in the present and future of Europe" and the European Commissioner for Innovation, Research, Culture, Education and Youth, Mariya Gabriel.

For this reason, following the adoption of the "Next Generation EU" recovery plan and on the eve of the launch of the Conference on the "Future of Europe" and the annual celebrations of Don Bosco, the DBI intends to take stock of the lessons learned from its partners alongside many young people, especially the most vulnerable, to raise awareness of the potential of education for the future of Europe.

The event on 29 January will be moderated by Renato Cursi, Executive Secretary of the DBI, and will see the participation of numerous representatives of Salesian and lay organizations who work in various fields of youth education, in different countries of Europe. The conclusions will be drawn by the President of the DBI and Councilor for Youth Ministry, Fr Miguel Angel Garcia Morcuende, SDB.

To participate in the initiative, which will take place from 12:00 to 13:30 (UTC + 1), with simultaneous translation in English, French, Italian and Spanish, simply fill out the Registration Form available here.

“The future of Europe needs imagination. It needs quality and inclusive education. Children and young people in Europe dream to dare. We need to dare to dream with them,” conclude the leaders of the DBI.