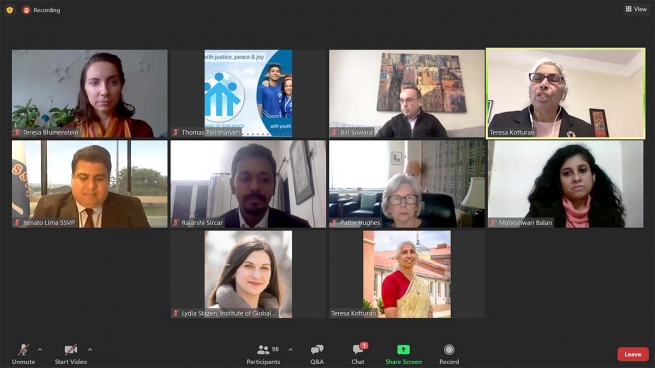 (ANS - New York) - During the 59th Session of the Commission for Social Development, taking place from 8 to 17 February at the United Nations headquarters in New York, the pioneering work that the Salesians carry out, in India, to track down the escaped and missing children was presented. The data were illustrated by Ms. Maheswari Balan, researcher and analyst of the Salesian network YaR (Young at Risk), during a webinar held on 9 February and focused on digital technologies used to track down homeless children.

The Commission's work focuses specifically on a priority theme, namely "Socially just transition towards sustainable development: the role of digital technologies on social development and well-being of all."

The event was organized by the Congregation of the Mission and by the Association of Sisters Ministers of Charity, and was sponsored by the Salesian Mission Office of New Rochelle "Salesian Missions". Last year, again during the work of the Commission for Social Development, "Salesian Missions" organized an event parallel to the activities, entitled "Homeless youth: a question time on the gaps in politics and the legislative vacuum". Fr Antoine Farrugia, Fr Thomas Koshy and Fr Rafo Pinosa took part in the event.

This year, Ms. Balan focused on digital technologies, showing how they are used to track, rescue and rehabilitate children on the street, thus reducing the extent of homelessness.

With over 11 million homeless children in India, it takes all the resourcefulness and innovativeness that the human mind can think of to tackle this critical problem. Maheswari Balan pointed out that through the YaR software, “Child MISS”, it was possible to reach 309,279 children. Of these, 75% reunited with their parents. Those who cannot be placed at home are placed in a safe environment, where they are provided with the education, health and skills necessary to be employed in the world of work.

There were 107 participants in the webinar and each of them had the opportunity to listen to the speakers, who exposed the problem of homeless children. During the event, Bill Soward, Executive Director of "Shelter Tech", Renato Lima, International President, Lydia Stazen, Executive Director of the Institute of Global Homelessness, and Rajarshi Sircar, researcher of the organization "Loreto Rainbow Homes", spoke. The webinar was moderated by Sister Teresa Kotturan, UN representative of the Association of Sisters Ministers of Charity.

Salesian Representative to the UN ECOSOC