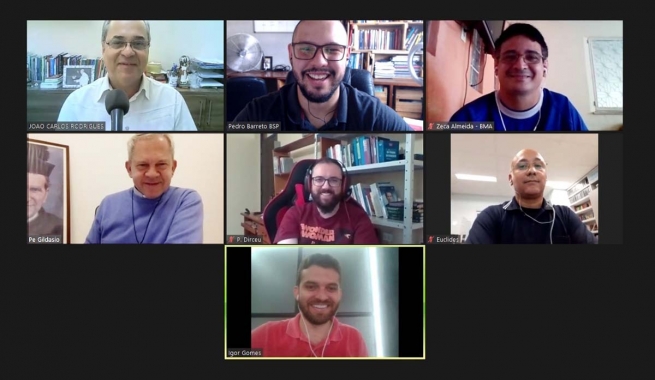 After the greetings, there was a personal presentation of each Delegate, welcoming the new members (from BBH and BCG). This was followed by the presentation of the current state of the SC of each Province, with a specific look at the progress of communication in a climate of pandemic and the preparation of the Provincial Communication Plan.

The SC General Councilor then, starting from what was shared, underlined various points and indicated new accents: “It is very important to see communication as a local reality, its own. Each Province has its face, its heart, its history. It is important to always present the communication starting from the local level. And see communication from the point of view of culture (expressed in music, art, religion, popular religiosity ... " At the same time, he stressed that "on social networks, like on radio, life is shared", and he spoke of "pastoral communication and institutional communication", highlighting that "marketing is a dimension of communication. It must be integrated as a whole, together with youth ministry, vocation work and missionary animation."

The General Councilor also spoke of the projects that are being developed at the level of the Congregation, especially of the School of Formation, whose first guests are precisely the Provincial Delegates of SC. “Canção Nova”, he announced, has also asked to participate in this course and the group will be Portuguese-speaking. In the first part, five themes chosen by the Congregation will be developed. In the second part, the themes chosen by the delegates. In the operation of the Training School, CONAC must choose the logistic base and the period of activity. At the end of the course, all the Delegates will meet in Turin in 2024. And on the occasion, Fr Mendes dos Santos also announced the participation of Fr Rodrigues in the international team in support of the projects of the Region.

The appointment concluded with questions from those present, concerning, in particular, the preparation of the Province Communication Plan, which the General Councilor duly answered.