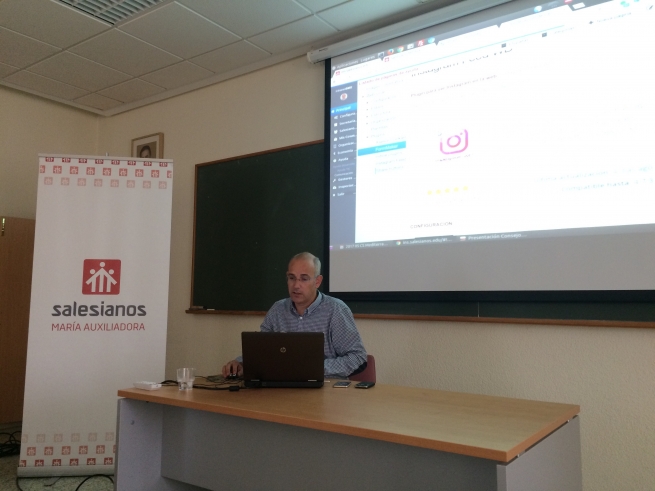 (ANS - Alicante) - "Communication begins with people, with being open to the culture of meeting, as Pope Francis says." With these words, the General Councillor for Social Communication, Fr Filiberto González, began his opening speech to the participants at the meeting of the Provincial Delegates for Social Communication of the Mediterranean Region, held from 10 to 14 May at "El Campello", (Alicante).

The meeting was attended by the Communication Delegates of Italy - among them Fr Gian Luigi Pussino (Central Italy), Fr Donato Bosco (Southern Italy) and Fr Mariano Diotto (North-East Italy); of Portugal, Fr Rui Alberto Almeida; and of Spain with Fr Javier Valiente, National Delegate representing the St James the Greater  Province, and the Delegate Fr Josep Lluís Burguera, with Carlos Martín, for the "María Auxiliadora" Province; as well as Fr Juan Pablo Abreu of the Department of Social Communication.

Also present was Fr Cristóbal López, Superior of the Host Province. He opened the working sessions by giving a quick historical review. "The Salesians, upon their arrival in Spain, brought the press to Barcelona. Since then, communication has been very important in our Province and in Salesian Spain. From the press at the very beginning to the arrival of the publisher 'Edebé', with its school books, communication had a key role. Nowadays we have diversified products and we have an enterprise like 'Dosatic', which offers computer services," he explained.

The General Councillor for Social Communication relayed the greetings of the Rector Major, Fr Ángel Fernández Artime, and insisted on the importance of tenderness and visibility as principles of communication. He also emphasized that "for Don Bosco, communication is at the origin of the Congregation."

The meeting ended with the commitment of each Communication Delegate to promote those structures that make the Sons of Don Bosco "opinion makers", so that the Salesian message is effective among young people.