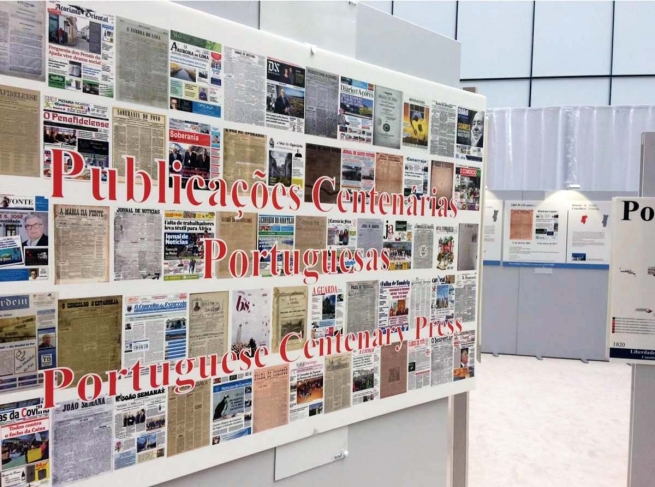 (ANS - Brussels) - The European Parliament, with its headquarters in Brussels, hosts an exhibition with 31 centenary or ultra-centenary magazines from the Portuguese press, of which 8 are members of the Association of Christian Publishers and Press (AIIC, in Portuguese), and are presented as symbols of the country's "cultural variety." "Even the Salesian Bulletin, whose first edition was published in February 1902, is now exhibited at the European Parliament in a very visible way," Salesian Joaquim Antunes, the Salesian Bulletin Director, said with pride.

In presenting the initiative, the European MP José Manuel Fernandes emphasized the contribution of these newspapers to the culture of the European Union and said that these titles "say a lot" about the roots and the "soul" of Portugal. "These newspapers contribute to EU values of democracy and freedom, as well as solidarity and giving voice to the territories. The local press is an added value within the European Union," he said in an interview reported by the Portuguese "Agência ECCLESIA."

On his part, Francisco Barbeira, director of the 113-year old “A Guarda" diocesan weekly newspaper, said that this presence in Brussels is "an act of justice" for those publications that "have been able to resist" for over a century.

The initiative to bring the exhibition to Brussels was launched by the Portuguese Press Association, with over 300 members, and by the AIIC, which represents over 200 publishers of Christian inspiration, and includes magazines, newspapers, and digital, from continental Portugal and its insular Atlantic territories.

The two Portuguese publishers associations, backed by the President of the Portuguese Republic, have joined forces to obtain UNESCO recognition of centennial and ultra-centennial publications as Intangible Cultural Heritage.