Colombia - "As the Father sent me, so I send you" Second Missionary Congress in Medellín
Featured 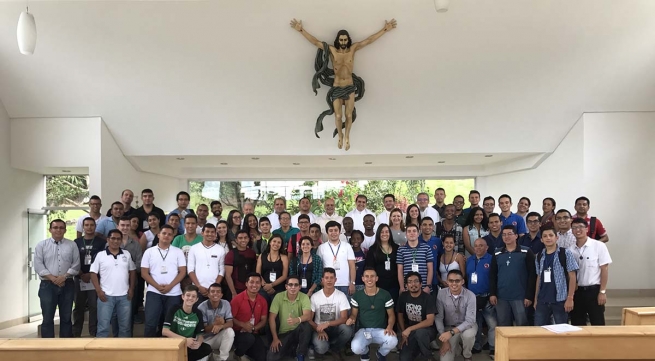 (ANS - Copacabana) - The Second Provincial Missionary Congress took place from 26 to 29 July in Copacabana, a town near the city of Medellín, Colombia; its theme: "As the Father sent me, so I send you."

It was a significant event involving over 80 young people and lay adults, delegates of the missionary groups of the Salesian centers of the Medellín Province (COM). Participants included young Salesians at all stages of their formation as well as Salesians delegated to the Ministry of Salesian Works.  Fr. Martín Lasarte, SDB attended on behalf of the Department for Missions based in the General House of Rome, Italy.

The COM Provincial's pastoral priority was the missionary aspect, a dimension to be shared across all presences, with mission groups created, and the appointing of a full-time provincial commissioner to that purpose. Fr Jaime Gómez, SDB, was nominated as the Delegate for the Province's Missionary Animation, a service he carries out alongside the "Provincial Commission of Missionary Animation" (CIAM) and the group of Salesians and laity co-responsible for animation.

The main topics of the Second Congress focused on discussing the themes and forms of application of the Seminar that took place earlier this year in Belo Horizonte (Brazil) on the "First Announcement." Missionary and evangelical experiences in the Province's outer frontiers were shared. Bible lectures were offered on the topic of "Jesus, the First Evangelizer," and a theme dear to the Salesian Congregation was reflected upon: "The First Announcement and the Missionary Experience of Young People." In addition, the challenge of increasing missionary volunteers in the Province was launched, as a continuity of the current missionary groups.

Fr John Jairo Gómez, COM Provincial, concluded the congress with the celebration of the Eucharist and the missionary message to the participants, pointing out that the function of missionary groups is to create a "missionary culture" in the Province.

The Salesian Provincial of Medellín welcomed Pope Francis's words of being "an outgoing church" and going out to realize pastoral conversions.