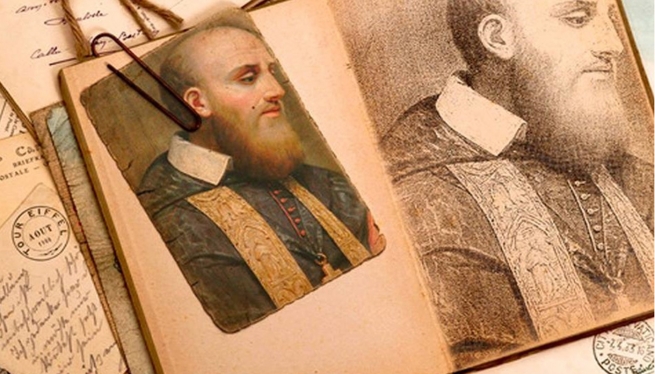 In his name and spirit, Don Bosco was inspired in founding the Salesian congregation and the Salesian Family, whose main focus regarded the growth and education of young generations, with special attention to the care of children from less-affluent classes; he, furthermore, preferred the method of dialogue and gentleness based on happiness, kindness and love.

Born in the Duchy of Savoy in the Castle of Sales at Thorens on 21 August, 1567, Francis concluded his days in Lyon, consumed by apostolic extertions, on December 28, 1622.

A zealous priest and tireless worker in the Lord's vineyard, and given the scarcity of fruit obtained from the pulpit, he dedicated himself to the publication of flying sheets, or pamphlets, which he himself slipped under house doors or affixed to walls; this original advertising campaign earned him the well-deserved title of patron of "all those Catholics who, with the publication of newspapers or other writings, illustrate, promote and defend Christian doctrine" (Pius XI, Enc. Rerum omnium, January 26, 1923).

Bishop of Geneva, he was one of the great spiritual masters of these last centuries, and followed the maxim: "If I'm wrong, I want it to be for too much goodness rather than too much severity."

Added to the List of the Blessed in 1661, Francis of Sales was canonized in 1665 and proclaimed Doctor of the Church in 1887 by Leo XIII.