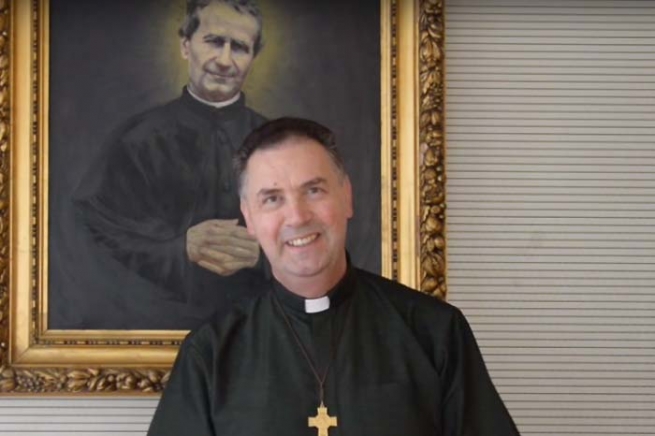 (ANS - Sao Paulo) - Two Salesian Provinces in two weeks, with several thousand kilometers of travel by plane and by car to visit and animate over twenty Salesian works: this is the scale of the journey the Rector Major, Fr Ángel Fernández Artime, is undertaking in Brazil, from October 14-27, to the Salesian Provinces of Sao Paulo and Recife.

Accompanied by the Councilor for America South Cone, Fr Natale Vitali, and the Rector Major's Secretary, Fr Horacio López, the X Successor of Don Bosco will reach Sao Paulo on Saturday, 14th, where he will immediately join the Salesian Youth Festival (FEST). On the 15th, he welcomes the perpetual professions of a number of Salesians and sees representatives of the local Salesian Family.

On Monday, October 16, at Campinas, he will animate educators, senior Salesians and social project leaders; on Tuesday, at Americana, a meeting with the young animators is planned, followed by a visit to the memorial of Salesian Venrable Fr Rodolfo Komorek at São José dos Campos.

On the evening of Friday, October 20, Fr Á.F. Artime reaches Recife; here too, his first meeting shall be with the young to whom he will also dedicate all of Saturday 21, participating in the Salesian Youth Festival at various times throughout the day. On Sunday 22, he will attend the procession (Romaria) of the Salesian Family in Jaboatão; the next day, he animates Provincial Council and Provincial House members. Then he will travel to Juazeiro do Norte to learn about the social activities the city's Sons of Don Bosco carry out.

Finally, in Natal on Thursday, October 26, he shall make the opening address at the Regional Seminary of Salesian Education, before embarking on his return trip to Rome.

In anticipation of this forthcoming long journey, Fr Á.F. Artime sends his greetings to the young Brazilians he is about to meet.