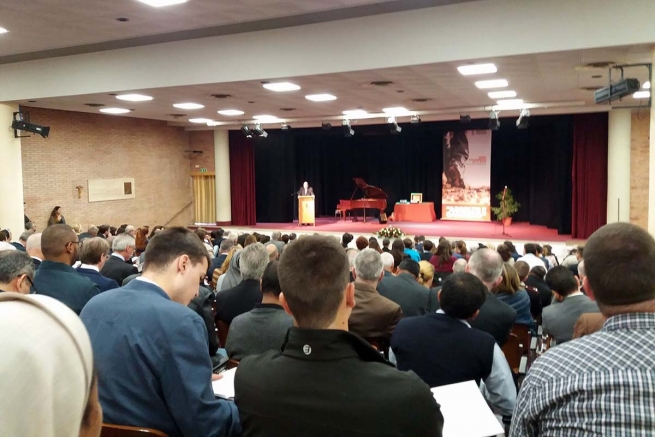 (ANS - Rome) - On Thursday, October 12, the inaugural ceremony of the 2017-2018 academic year of the Salesian Pontifical University (UPS) took place in the presence of numerous religious, civil and military authorities. The day's theme: "Listening and Walking." "True listening always starts and pushes us to take or resume the journey," said Fr Ángel Fernández Artime, Rector Major and SPU Grand Chancellor, in the homily of the Mass presided by him.

The academic section of the day was introduced by the report of the Magnificent Rector, Fr Mauro Mantovani. After thanking participants, he described the situation of the SPU, the evaluation of last year's academic year, and perspective guidelines for the near future.

One of the day's most intense moments was the relation of Professors Luigi Bruni and Alessandra Smerilli entitled, "Listening and Walking. To educate oneself and educate others to new lifestyles." "The economic models that have guided us are no longer viable. We have been bad custodians of our common home, and our unsustainable behavior has produced pollution, degradation, poverty, social inequalities ... (...) The common good needs a humble, sober economy, sustainable, more beautiful, with greater equity, one of communion, shared. It needs a sister economy," the two speakers said.

A musical space presented by four students of the Faculty of Psychology followed, and was warmly applauded by the audience.