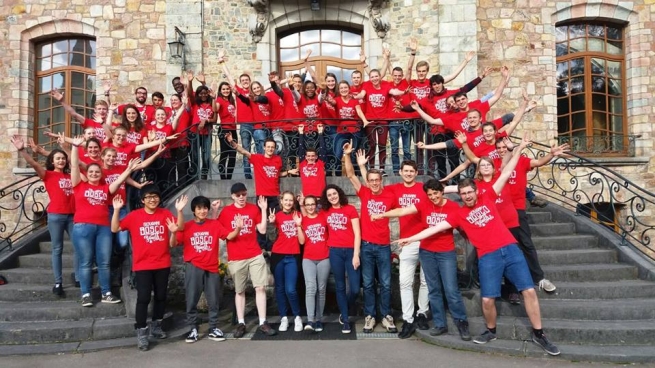 (ANS - Farnières) - In mid-September, a weekend animator formation workshop was held in Farnières, Belgium. Involving, above all, young animators of Salesian youth groups “Ephata” (preadolescent, adolescents, young people and families), there were also children from several oratories of the region, and members of the Salesian Youth Movement. The theme of the formation camp was commitment, especially the commitment to animation.

The experience began on Friday night with a game designed to break the ice and develop team spirit. On the following day, participants were offered a variety of formation sessions. Anne-Florence Perras, SYM animator, spoke about the importance and the many facets of commitment: to commit meant to believe, meet with others, give and receive, hope. The young woman emphasized that it was not always easy to make a commit, or to enter an animation team, nor know how to behave with young people, to animate them ... To commit to something meant, at times, to renounce something, as the time dedicated to animation was then no longer available for other activities.

Often said during the workshops: "Animating means donating the spirit: this is what we want to consign to the young: a dream, a hope, a happy tomorrow."

In the afternoon, the young participants worked together to prepare a scholastic retreat, scheduled a few days later. In the dynamic that followed, where they formed several subgroups, the young animators experienced how, indeed, difficult it was to fulfill one's commitment: many people came to seek help, and despite all the goodwill, it was not always possible to help everyone.

Again in the context of personal empowerment and individual responsibility, with the youth of the oratories and the SYM leaving the animator camp, the animators of the Ephata groups worked independently on Saturday evening and part of Sunday to prepare a number of weekend workshops for the groups they were following.

The workshops concluded with the Sunday Eucharist, attended by all the participants. "We spent a wonderful weekend," Benoît said in the end. "We got to know each other, had fun together and became more aware of the implications of our commitment. Now our commitment and our beliefs are stronger!"