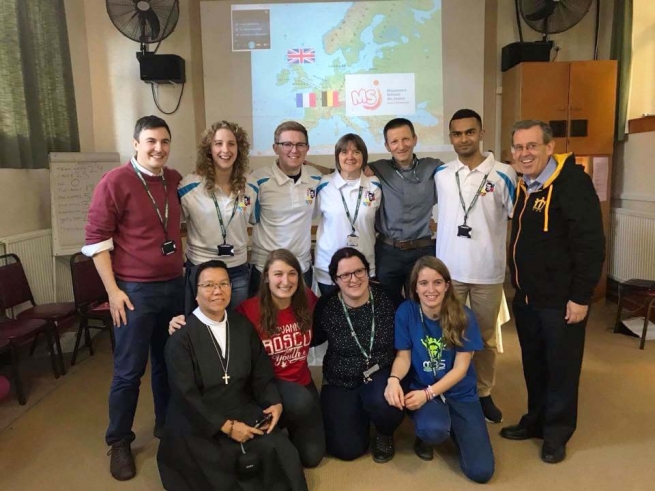 (ANS - Bollington) - The 13th General Assembly of the Salesian Youth Movement of Europe (SYM) took place from 17 to 19 November. The meeting was held at the Savio House in Bollington, Great Britain. This year's annual SYM Europe event was attended by 55 representatives from 14 European countries.

For many of the participants, it was an occasion to meet again following the experience of last summer's European Confronto at the sites of Don Bosco and Madre Mazzarello, which concluded three months ago, on August 16 at Colle Don Bosco. A first part of this meeting was, instead, devoted to listening to the testimonies of several participants and animators of 2017 Confronto, and to the evaluation of this milestone on the path of SYM Europe. It emerged as having been a new experience for many European countries; the shared wish was to facilitate the exchange of SYM experiences between European countries of the same region and to continue to propose meetings such as those of European Confronto every 4-5 years.

Fr Fabio Attard, Counselor General of the Salesian Youth Ministry, guided the reflection on Saturday, November 18, which was devoted to preparing for the Synod of Bishops on "Youth, Faith and Vocational Discernment", scheduled at the Vatican from 3 to 28 October 2018. Fr Attard illustrated the structure and fundamental points of the Synod's Preparatory Document, especially its second part which is devoted to vocational discernment. On these themes, participants then had time for personal reflection and sharing in groups.

The "Small Team" - the coordinating team of SYM Europe - presented the various stages leading to the Synod, and invited all national coordinating teams to begin reaching out to all young people, including those of different faiths and those farthest from the paths of faith.

The Savio House volunteers, along with other young people from other local Salesian centers, welcomed the participants and animated the evenings, thus fostering friendship and an exchange between different cultures.

The next appointment for SYM Europe representatives is scheduled one month after the end of the "Youth Synod", and will be held in Brussels, guests of SYM France-Belgium South, from 23 to 25 November 2018.