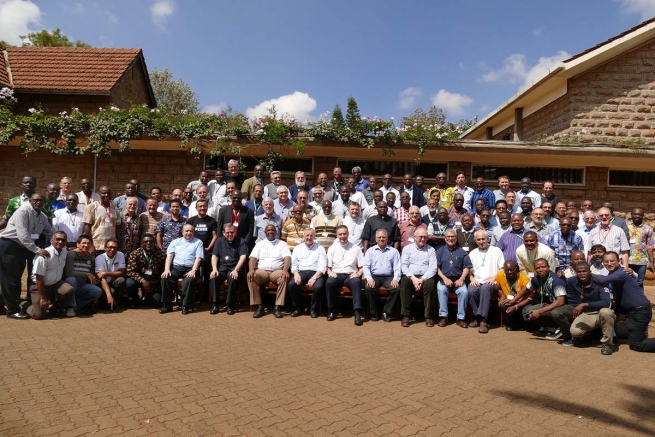 (ANS - Nairobi) - On the third day of the Visit to the Africa-Madagascar region, the debate focused on the current state of Social Communication and of collaboration with the Salesian Family.

In the first speech yesterday, Thursday 22 February, the General Councilor for Social Communication (SC), Fr Filiberto González, spoke passionately about the SC being at the service of the Salesian mission. After reiterating that "a Salesian cannot fail to communicate" and that the primary object of Salesian communication is the transmission of God's love to the young, Fr ​​González stressed the importance of the SC Delegate for animation at the Provincial level, and indicated how the involvement of the laity in the sector can be a determining factor. He then clarified that at the center of communication there were always people and that, if we were to forget the consecrated identity, we would end up becoming dependent on communication tools.

To conclude, he urged his African confreres to cultivate and share the continent's rich artistic, cultural and, especially, the musical heritage through the media.

After the discussion session, each Salesian circumscription presented its strategic plan for SC.

In the afternoon, proceeding, as is usual, to his summarizing talks, the Rector Major, Fr Ángel Fernández Artime, spoke of visibility, vision and the courage in taking to heart the challenge of SC in its pastoral action. He recalled that for the good of young people it was important to make known the good things carried out under the name of Don Bosco. He specifically praised the great work done in the region by a number of radio stations. Finally, on the Salesian Family, he added that "it is not a burden, but an opportunity."

The day ended with the visit of all participants to the Shrine of Mary Help of Christians in Upperhill.

On ANSFlickr, the photos of the Team Visit.