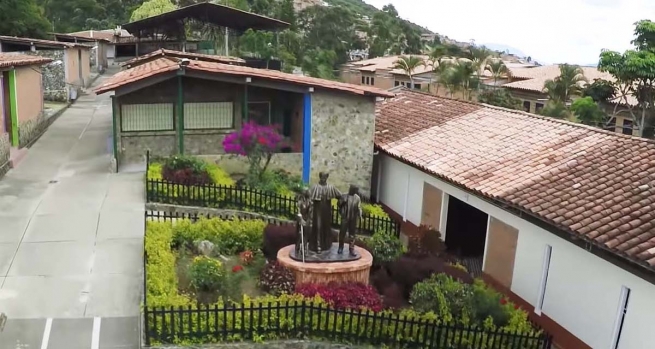 (ANS - Turin) - Fifty-two years of conflict between the Colombian government and the Revolutionary Armed Forces of Colombia (FARC) have left more than 260 thousand dead, 45 thousand desaparecidos and 6.9 million displaced persons on the ground. But after the peace agreement ratified in Bogotá on November 30, 2016, young people shall be the architects of the renewal of a nation. Tomorrow, March 15th, at the invitation of "Missioni Don Bosco", a female ex-child soldier of FARC and the heads of the "Ciudad Don Bosco" recovery and rehabilitation center of Medellín bring their testimony to Turin for the conference “Scars of War - Matrices of Peace”, which will also address the ongoing pacification process.

Leading the process of reconciliation in Colombia was the new president Juan Manuel Santos, awarded the Nobel Peace Prize in 2016 both to reward and to consolidate his efforts and the work of other players in the process. Decisive, too, the role of the Catholic Church, which - in the context of its inexhaustible action towards fostering dialogue between the parties - literally brought the testimony of the civilians who survived the barbarism to the negotiating table in Havana.

One of the major legacies of the war is returning the young fighters to a regime of "normality", adolescents called by the Revolutionary Forces from a very young age to take up arms and combat: it is estimated that FARC recruited between 8 and 13 thousand children, boys and girls. Their stories are filled with fear, cruelty and intimidation.

The program of full recovery in Ciudad Don Bosco has allowed in 15 years for 1,500 girls and boys aged between 14 and 17 to reintegrate into society.

To learn more about this reality, the documentary “Alto el fuego”, of the Salesian Mission Office of Madrid, is available on the web.

As the Turin event is the delegation's only public event in Italy, the conference shall be broadcast live on the website: www.missionidonbosco.org