Guatemala - CRESCO: for 25 years engaged in formation of Salesian Brothers of the present and the future
Featured 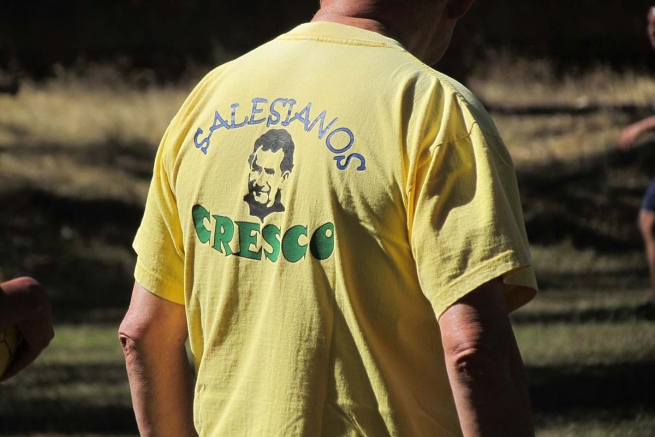 (ANS - Soyapango) - "CRESCO" stands for the Regional Center of the Salesian Coadjutor Brothers. It was inaugurated by the Provincials of the Pacific-Caribbean region in March 1994 in San Salvador, El Salvador, to harmonize the specific formation of the Salesian Brother with his professional qualification. Currently located in Guatemala City, in the Theologate of the Central America Province (CAM), this regional center welcomes all the Salesians Brothers of America.

This 2018 CRESCO has entered its 25th year of existence: it is a center that forms the Salesians Brothers of today and tomorrow so that they be as great as many were in the great history of Salesians: Giuseppe Rossi, Stefano Sandor, Simone Srugi, Artemide Zatti, the Salesians Brothers martyrs of Spain ... And certainly many others.

Suffice to recall, for example, "the Salesian Brother Giuseppe Rossi, who was a true oratorian creation of Don Bosco. He arrived in Valdocco on October 29, 1859, a few days after the foundation of the Congregation. Don Bosco prepared him as administrator and as such he was a consultor for two General Chapters: for the first, celebrated in Lanzo in 1877, and the fourth, in Valsalice in 1886."

CRESCO was founded in El Salvador in 1994 and remained there until 2007, offering the opportunity for its students to receive vocational training. Then, with the passage of time, there was the need to deepen the formation of the Salesian Brother and consequently the headquarters was moved to Guatemala, where there is also a university.

"We invite everyone to join us in our thanks," write the leaders of CRESCO, "for the years spent between El Salvador and Guatemala." In all this time, CRESCO welcomed 162 Salesians: 141 Salesians in formation and 21 Salesians of the formation team.
Of the 141 Salesian Brothers who have passed or still reside in CRESCO in formation, 93 belong to the Interamerica region and 48 to the America South Cone region. Of the 21 formators, 18 belong to Interamerica and 3 to America South Cone.