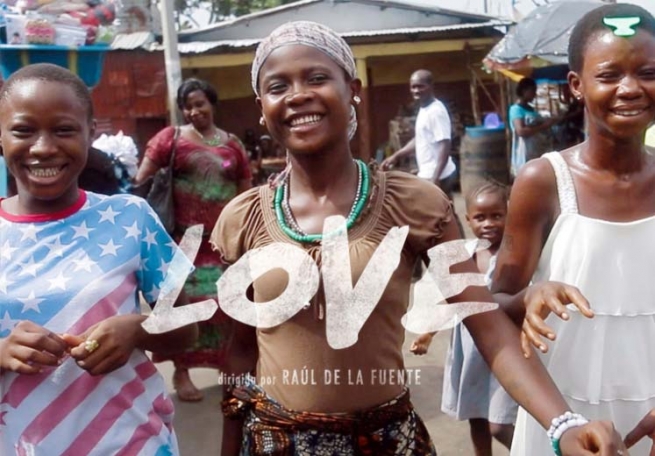 (ANS - Madrid) - "Misiones Salesianas", the Salesian Mission Office in Madrid, will present a preview of its new documentary entitled "Love", directed by Raúl de la Fuente, in Madrid. It addresses the exploitation of minors forced to prostitute themselves and the work of the Salesians to take them away from the streets, to help them, protect them and offer them an education in order to return them to their families.

More than 223 million children worldwide (150 million girls and 73 million boys) are forced to sell their dignity and suffer all kinds of abuse and violence. The documentary "Love" intends to denounce this situation, unfortunately widespread throughout the world.

Aminata, a young woman from Freetown, Sierra Leone, is one of these girls. Hers is a story of poverty, loneliness, lack of affection ... until she met the Salesians. "Love" portrays a true love story.

Since September 2016, the Freetown Salesians have tried to save these minors from prostitution by offering them a place to stay safe, to rest, eat three times a day, have clean clothes, be able to wash and have health care.

Many of them have diseases they do not know because they have never been to a doctor: syphilis, hepatitis, tuberculosis, gonorrhea, AIDS ... or they have become pregnant, their young bodies still undeveloped. Thanks to the Salesians, they receive medical assistance and the support necessary to take care of their health and feel supported at all times.

The presentation of the documentary will take place on April 4, World Day against Juvenile Prostitution, at 7:30 pm local time, during a conference moderated by Ángel Expósito, a journalist of the broadcaster COPE, and the event attended by the Spanish Salesian missionary Fr Jorge Crisafulli, Director of the NGO and Salesian "Don Bosco Fambul" in Freetown, Sierra Leone.

The documentary will then be presented throughout the month of April in several European cities (Geneva, Brussels, Rome, Vienna and Bonn) and in a number of cities of Spain.