Spain - "Love": the most vulnerable among the vulnerables, and yet God's masterpieces
Featured 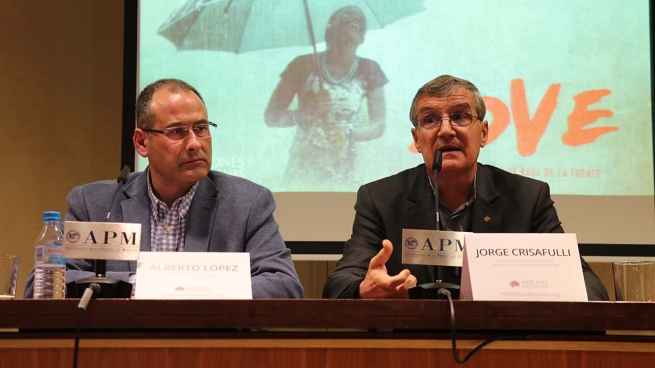 (ANS - Madrid) - "Misiones Salesianas", the Salesian Mission Office in Madrid, presented yesterday, 4 April, the documentary "Love", directed by Raúl de la Fuente. The film presents the tragic reality of dozens of underage girls, between 9 and 17 years old, living on the streets of Freetown and forced into prostitution to survive. Something that might seem "normal" in a poor country like Sierra Leone has ceased to be such, thanks to the efforts of the Salesians who, in the 19 months of activity in this specific area, have already taken 149 girls off the streets and away from prostitution, thanks to education.

"Living surrounded by so much pain and injustice does not depress me, on the contrary, it gives me more strength to fight for justice and the dignity of these minors." This is what motivates Fr. Jorge Crisafulli, Salesian missionary, Director of the center and of the Salesian NGO "Don Bosco Fambul" of Freetown, which carries out eight programs in favor of children and young people at risk in Sierra Leone.

These minors, whom Fr Crisafulli calls "the most vulnerable among the vulnerables, but at the same time God's masterpieces" have lived "stories of pain, sadness and violence, but also of redemption, which are transformed into optimism and hope when the girls discover that dream that is worth fighting for in life, far away from prostitution."

"It all started with some peluches, dolls: it was the first time that Fr Jorge approached a group of teenagers who worked as street prostitutes and invited them to go to Don Bosco Fambul the next day to eat a plate of rice and have a medical examination. He gave them the puppets and was struck by their way of looking at the dolls, caressing them and playing as if they were little girls. This was the starting point," said Alberto López, of "Misiones Salesianas."

To the girls drawn away from prostitution, Don Bosco Fambul offers food, accommodation, medical care, psycho-social assistance, spiritual accompaniment and education. The older ones can also receive professional training and financial support to start their own businesses. The important thing is that they regain trust "not only in themselves, but also in humanity" explains Fr Crisafulli.

The Salesians estimate that around 2,500 girls are in this situation and that 300 of them could be helped by them in the coming months.

VIDEO: PRESENTATION OF THE "LOVE" DOCUMENTARY