Italy - The light of Christ in the heart of the Church: the theology of saints
Featured 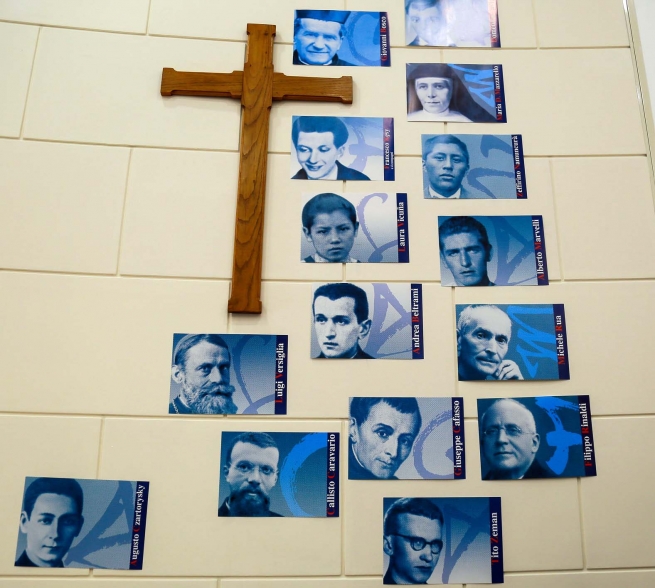 (ANS - Rome) - On the fourth day of the Seminar for the promotion of the causes of beatification and canonization in the Salesian Family (SF), Fr François-Marie Léthel, Carmelite, showed participants how holiness is able to unite in a wonderful and fascinating synthesis the scientia fidei, the great reason, "knowledge of faith", or as called by Benedict XVI, to the scientia amoris, the great love. "knowledge of love".

The day had already begun with a call - during the homily of the morning Mass preached by Fr Francesco Cereda, Vicar of the Rector Major - to discernment and compassion as the main roads indicated by the Pope as calls to holiness, also underlined in the recent apostolic exhortation Gaudete et Exsultate.

Father Léthel, uniting great profundity of thought with simplicity of language, then indicated how discernment and compassion, faith and love, are the paths the saints had traveled and opened for everyone, where one finds that unity between faith and life, theory and praxis, earth and heaven at the heart of the Christian mystery.

A particularly fascinating element, which the Carmelite had made his audience tangibly perceive, is the communion between saints and charisms, "as in heaven, so on earth." The saints have never been jealous or parochial, and it is surprising to see how already in their earthly experience there was an admirable exchange of gifts between Dominic, Francis, Ignatius, Teresa, John of the Cross ... And the same can be seen in Don Bosco, for those who listen attentively to his spirituality. Indeed, communion is the very heart of holiness, that is, life in God. Charisms do not add up; they multiply when communion intensifies.

In concluding his speech, Fr Léthel - who in 2011 preached spiritual exercises to Benedict XVI and the Roman curia, receiving words of praise and thanks – expressed himself an enthusiastic admirer of the venerable Salesian Fr Giuseppe Quadrio "perfect example of the religious saint, priest, theologian and mystic", and of the Salesian Cooperator Vera Grita," a humble consecrated lay person in whom I joyfully discovered a great mysticism of the Eucharist, perhaps one of the greatest, with a truly prophetic message for the Church of today and tomorrow."

On Friday, April 13, the participants ended their day with a pilgrimage to the church of Santa Prassede, on the occasion of the 1200th anniversary of its construction, and to the Basilica of the Sacred Heart and to the Quarters of Don Bosco in Rome.

The photos of the seminar are available on Flickr, while all the materials and reports available can be found in the appropriate section on the website: www.sdb.org