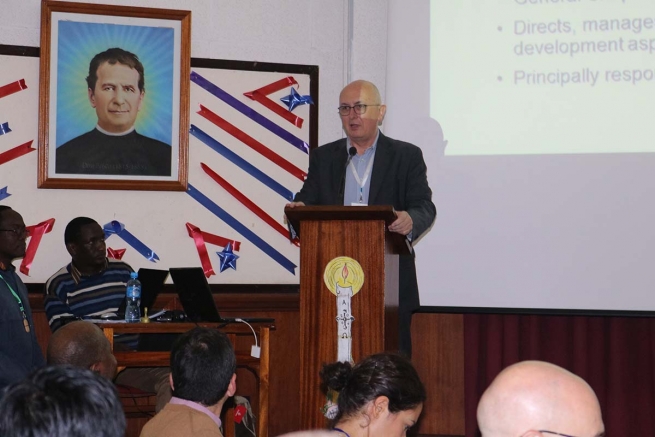 (ANS - Nairobi) - To ensure that the Planning and Development Offices (PDOs) in the various Salesian Provinces become increasingly more think-tanks wherein to reflect on how the Salesian Mission can support and foster human development and, especially, young people. This is the primary purpose of the international meeting of PDO leaders and operators currently taking place in Nairobi, Kenya.

The event is being attended by over 130 people from across the entire planet, including representatives of the various PDOs of the Congregation, missionaries, Salesians and lay people. Also present was the Economer General of the Congregation, Br Jean Paul Muller, Salesian Coadjutor, and the General Councilor for the Missions, Fr Guillermo Basañes.

The meeting in Nairobi takes place more than six years after the last similar appointment, which was held in Hyderabad in the autumn of 2011. For this very reason one of the most significant aspects of this meeting is to hold and foster an open discussion on how to expand the institute of PDOs for young people and society in light of the changes that have occurred in recent years at all levels and in different fields.

"We asked ourselves the question: what is the role of PDOs in the Congregation? We have seen that there has been a nice process of development in recent years: many Provincials and Provincial Economers have launched PDOs and, through them, have carried out development projects that have changed the lives of young people and of the environments in which Salesian centers operate," said Mr. Muller in a video produced by the "Bosco Eastern Africa Multimedia Services" (BEAMS), of the host province of the meeting, East Africa (AFE).

The much-felt need was therefore to create a new event wherein to share knowledge, best practices, visions and opportunities in relation to the innovations that have occurred since the last meeting in, innovations in the world of the Church, the Salesians, in the Economy, fundraising, the third sector and human development.

"With this meeting an important step forward is also taken even in consideration of the next General Chapter 28 of the Salesian Congregation", concludes the Economer General in the video produced.