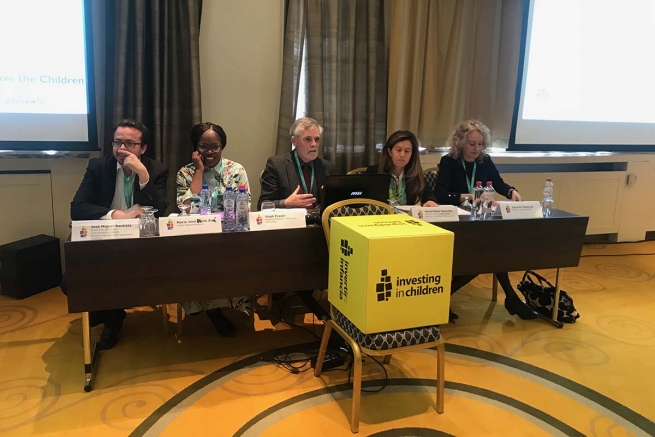 (ANS - Brussels) - On Friday, 27 April, the project "Toma las riendas" (Take the reins) of the State Coordinator of Salesian Social Platforms (CEPSS) of Spain was presented at the European Commission's Annual Conference for Inclusive Growth (ACIG 2018), an event that brings together civil society organizations and legislators to discuss how to achieve truly inclusive growth. The Salesian representation, organized by "Don Bosco International" (DBI), was numerous, with six people coming from Italy, Belgium and Spain participating in the various activities.

The event was opened by Marianne Thyssen, Commissioner for Employment and Social Affairs of the European Commission, and by Biser Petkov, Minister of Labor and Social Policies of Bulgaria. The conference focused on the implementation of a series of principles and rights to improve people's lives. The plenary debate and the various workshops addressed specific issues, which led to political conclusions and recommendations aimed at promoting concrete forms for moving the application of the European Pillar of Social Rights forward.

The "Toma las riendas" project was presented in a parallel event coordinated by the "EU Alliance for investing in children", of which the DBI is a member. The conference also included organizations such as "Save the Children", "Eurochild" and "EuroHealth". Experiences and good practices were shared with a focus on the added value of investing in children and young people in vulnerable situations, and in promoting the active participation of children and young people in their local communities.

Mary Bielo, who participated in the "Toma las riendas" project, Gema Rodríguez, of the project coordination team, José Miguel Bautista, Technical Secretary of CEPSS, and the DBI explained the project to the European Commission.

At ACIG 2018 there were many figures from various sectors - linked to politics, universities and social institutions - but Mary Bielo was the youngest to intervene; she narrated her experience in the project "Toma las riendas" and spoke of how the transmission of skills and responsibilities (empowerment) ) to young people is essential for their processes of social inclusion and creation of life projects.

The "Toma las riendas" project is organized with the aim of providing a space for meeting and learning between educators and young people of the Salesian Social Platforms, where work is done on the prevention of drug addiction, starting from a broad approach centered around the development of initiatives for the creation of healthy environments and sites for the young.