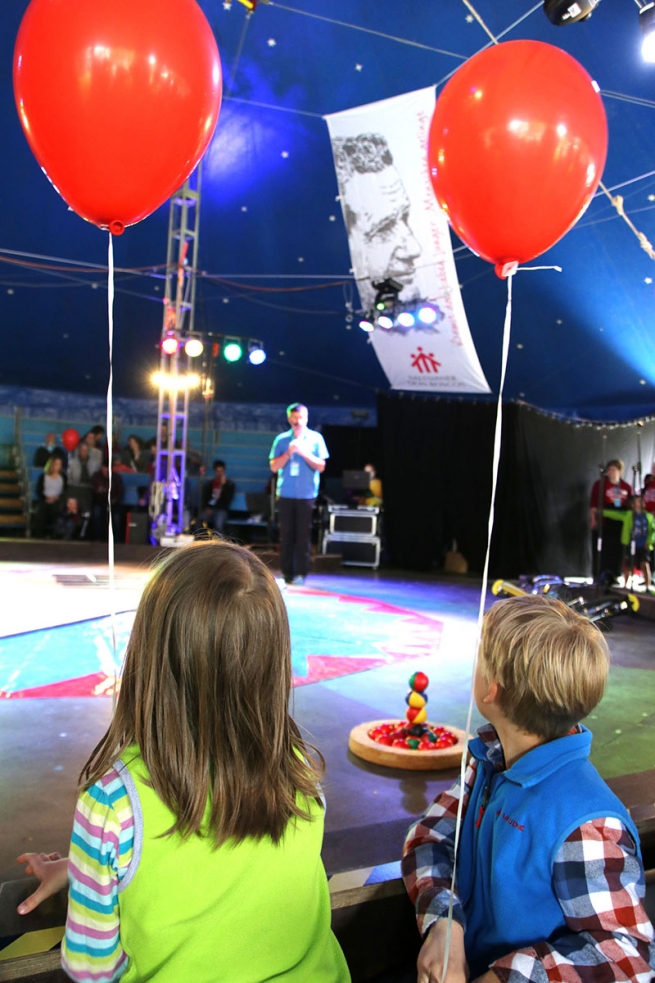 (ANS – Muenster) – Around 70,000 participants attended the 101st German Catholic Day in Muenster, which reached its climax on Sunday, May 13, 2018, with an open-air worship service at its best and most popular event to date. The Central Committee of German Catholics, as organizer, speaks of the "largest Catholic Day since reunification." In the middle of it all, a circus tent of Don Bosco put children and young families into the best Catholic Day mood possible.

Colorful, diverse, creative, active, spiritually and - above all - happy, the Don Bosco Family of Germany presented themselves under the roof - and around - the large, red and yellow circus tent of the Circus Giovanni of Don Bosco Youth Bamberg. Discussions alternated with circus performances and spiritual proposals. In addition, there were more hands-on offers and information about the work and facilities of the Don Bosco family in Germany.

"To seek peace" was the keynote motto that visitors carried during the five days on turquoise scarves throughout the city of the Westphalian Peace. The fact that Don Bosco's preventive pedagogy can also contribute to this was demonstrated by the more than 50 program items that the Don Bosco family offered at the community with around 200 participants, including numerous young artists from the two Don Bosco circuses from Bamberg and Chemnitz.

From the interactive circus on to the narrative theatre, spiritual impulses, dance and theatre performances to the racism critical city tour with the Don Bosco volunteers, for young and old there was so much to offer everyone.