Vatican - A task for altar servers: "walk towards holiness"
Featured 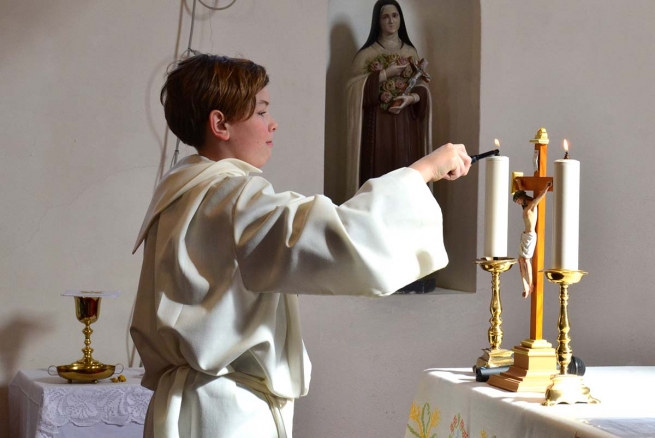 (ANS - Vatican City) – Yesterday, 31 July, Pope Francis met with about sixty thousand altar boys and girls from different parts of the world, a part of their pilgrimage to Rome, scheduled from 30 July to 3 August. During this time, when the summer temperature rose to about 36°, thousands of children, teens and young people challenged the heat to listen to the Pope, who in his meeting with them in St. Peter's Square proposed the task of holiness to them.

"Transform the world with the love of Christ," the Pope repeated to them with the force of  a man who was a parish priest in the past and knows full well the work with and of the altar boys and girls. Many times it is precisely among the servers that the seeds of the religious and priestly vocation sprout and flourish.

Pope Francis asked the audience almost unexpected question: "What can I do today to meet the needs of my neighbor?" It was the question presented on the occasion of the XII International Pilgrimage of the altar servers. Because the Pope, as pastor, knows that the service at the altar is and ought to be more than a single moment of the day; it is rather an encounter with Jesus that must be prolonged in service to others, to those in need.

The group of altar boys and girls is made up of children and teens between the ages of 8 and 15 who are mainly dedicated to the liturgical service of the Mass. Being an altar boy or girl offers everyone the extraordinary possibility of being close to Jesus in the Eucharist and of serving Him directly.

To be an altar server, there is no need for any special skill: just the desire to be involved in something that is truly beautiful, that is, to be close to Jesus. Moreover, it is not only a "children's" service, but also meant for young people wishing to experience a happy journey and lifestyle.

In the encounter with these thousands of children and adolescents, the Holy Father insisted on an idea: holiness. He told them that "it is a big mission, but it is possible. To reach it, it is essential to transform the world, living the love of Christ." And he also insisted that holiness "is not for the lazy. It takes effort" and there is a task for the altar boys and girls: "to walk towards holiness."