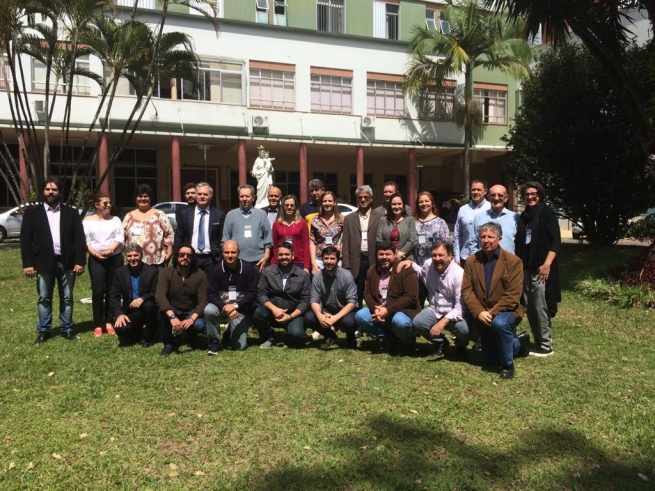 The meeting was inaugurated by Marcelo Farfán SDB, the General Coordinator of IUS, Rome. The participants were welcomed to the programme by the Rector of the University Eduardo Capucho SDB. The programme director Sabino Juan outlined the proceedings of the three-day event. There were participants from Ecuador, Chile, Brazil, Italy, Spain, Japan and India. Each of the participants representing their institutions outlined the work done on creating and disseminating awareness about the Human Rights among Youth in their respective countries and contexts.

The presentations of thematic research findings were followed by the general assembly of the member institutions electing the team of coordination for the coming four years. Ms Mariasol Gomez from Quito was elected to fill in the post vacated by Ms Romane of Brazil as Coordinator for the Group. Each region elected a representative and together have decided to strengthen the membership by bringing in more members from the various regions.

An action plan was drawn up in the light of the global reality, necessitating newer technology-friendly communication strategies that will promote values concurrent with the Christian world view and Salesian mission.