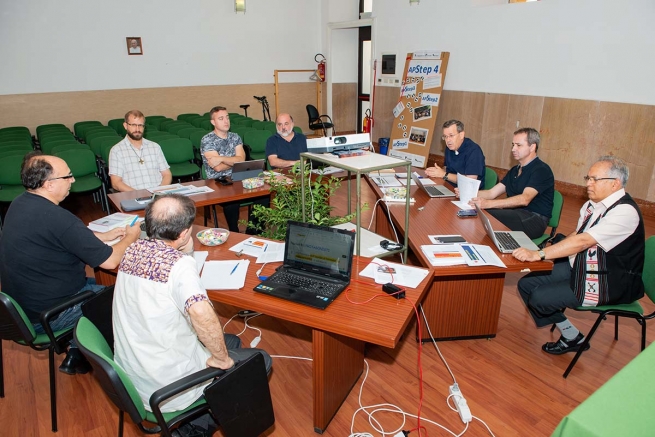 (ANS - Rome) - On September 24-25, at the Salesian Headquarters, in the "Sacro Cuore" center in Rome, a working committee was set up to write a draft of the Salesian Personal Accompaniment Guidelines. The commission saw the participation of members of the Youth Ministry and Formation Dicasteries, and began work starting from the results of research on this issue that the two departments promoted, a survey that in recent months involved over 4,000 Spiritual Sons of Don Bosco, including Salesians in initial formation, novices, prenovices and accompanying staff.

In addition to members of the two Dicasteries, the commission benefited from the qualified contribution of Salesians Fr Michal Vojtas, Fr Koldo Gutierrez and Fr Louis Grech.

The commission worked on the four chapters that shall be part of the text that will then be offered for examination by the Rector Major and his Council in the coming months:

- the process followed;
- “lights” from the ecclesiastical magisterium and from the Salesian charism;
- issues emerging from the process;
- guidelines.

What emerged from the research data is enriched by the work that is already being done at the regional level for a listening and interpretation closer to local contexts. This is in fact one of the first strong signs that emerge from the survey: there is a rich common charismatic heritage or patrimony, and it is clearly perceived by what the many voices coming from all the Salesian circumscriptions of the world expressed in this research; but the contexts and modalities in which the initial formation is lived and experienced are very different from region to region.

Among the first fruits emerging from the work of this commission is the awareness of the need to have a "Salesian school of personal accompaniment" to prepare pastoral workers and formators, enhancing what is already happening in different areas of the congregation.

Furthermore, such a school could foster networking on this theme and at the same time offer new possibilities for the formation of Salesians and lay people involved in this element - a truly qualifying trait for Salesian pedagogy and spirituality.