Hungary - Don Bosco Past Pupils at meet: "How to listen to young people today"
Featured 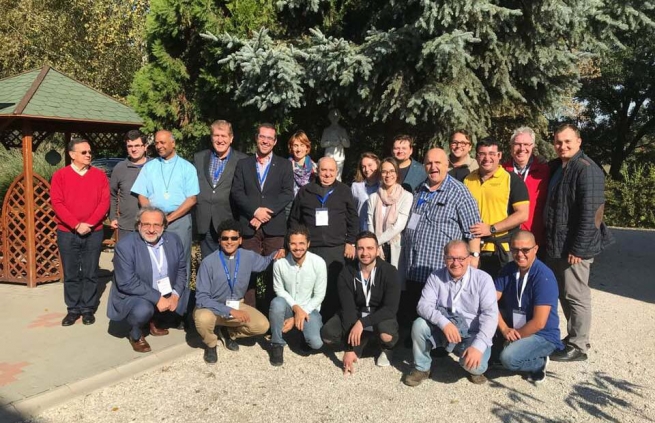 (ANS - Péliföldszentkereszt) - From 4 to 7 October, in the Salesian house of Péliföldszentkereszt, Hungary, the annual European meeting of Salesian Presidents and Delegates of the Past Pupils of Don Bosco took place. The meeting is one of the first activities of Don Bosco's Past Pupils in the country, and was carried out precisely to support the start of the association in Hungary. Leading the works was the World President, Michal Hort, with the support of the Confederal Council team. Also present were the Delegate of the Rector Major for the Salesian Family, Fr Eusebio Muñoz, and representatives of the provinces of Ukraine and the Middle East.

At the meeting, which gathered a total of 26 representatives from 11 countries, participants worked mainly on how to "listen to young people today" and on how to propose initiatives to accompany them in personal growth, especially towards the young with the greatest difficulties. For this reason the World Delegate, Fr. Raphael Jayapalan, presented the Strenna of the Rector Major in terms of "accompaniment of young people" starting from a lay reality. Later, to translate these ideas into real projects, there was time to present good accompanying practices.

For his part Bryan Magro, President of the Federation of Malta and World Treasurer of the Past Pupils of Don Bosco, presented the "Marvelli Project", which develops programs for young people in need and a "European Project" for the formation of voluntary guardians. In addition, Fernando Núñez, President of the Spanish Federation, presented the work he is doing in relation to the socio-labor insertion projects of the "Fundación Juan Bosco Siglo XXI".

Furthermore, the work for groups on various topics of interest of the association was strongly encouraged: the Strategic Plan of the World Confederation and other coordination processes at the European level, such as a large project of database sharing, the reactivation of the School of Executives for young past pupils or the celebration of the 150th anniversary of the first meeting of the Past Pupils, to be held in 2020, or how to increase cooperation between national federations ...

In order to promote innovation, the meeting was attended by a professional coach, Marian Kolnik, from Slovakia, who developed a seminar on leadership and motivation, focusing on the need for a change in the model of relationship between people to increase the effectiveness of projects.