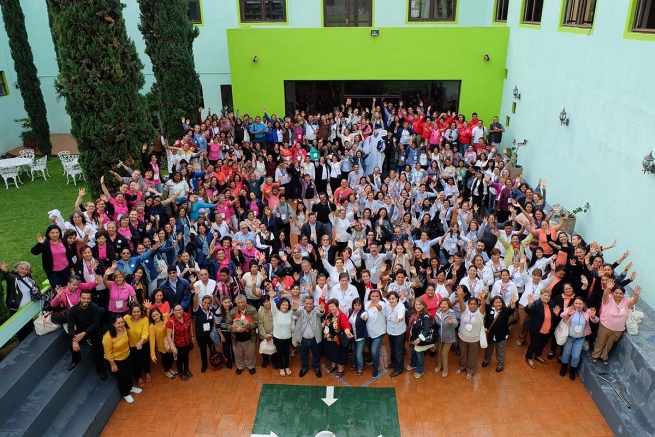 (ANS - Tlaquepaque) – Taking place from 12 to 14 October was the first edition of the "Salesian Campus: Catechesis and Formation in the Faith" at the “Salesian Superior Institute” and the Salesian House of Pastoral Services of Tlaquepaque. The event, organized by the Youth Ministry of the Mexico-Guadalajara Province (MEG), EDEBÉ publishing house and the Salesian Catechist Mothers (ENCASA), aimed at encouraging catechists to recognize themselves as educators and companions in the faith via integral and comprehensive work experiences that combine pedagogical tools, the Salesian charism and the sharing of experiences.

According to Fr Francisco Cervantes, Provincial Delegate for Youth Ministry, the idea of ​​organizing this event was born of the need, of the Province and of educators to the faith, to encourage reflection and analysis of formation, both religious and catechetical, being offered to pastoral agents. The objectives were: to promote adaptation to the current realities of contemporary society and to respond to the invitation made by Pope Francis in the Apostolic Exhortation Evangelii Gaudium to promote the renewal of catechesis from the perspective of the integral accompaniment of people.

The methodology that was followed allowed to put into practice what had been learned and to deepen and further explore relevant topics for each educator in the faith.

During the work sessions,there were three magisterial lectures, a round table, ten short courses and the presentation of 12 good practices. The conferences and the round table panel offered the theoretical foundation of the Campus: to show, in specifics, the importance of accompaniment, of integral work, and the importance of catechesis and of formation in the faith according to the Salesian charism. The courses and the good practices then offered enhancement and integration to content, accompanied by examples of catechetical practice, highlighted the themes of teaching strategies, the Preventive System, the formation of the catechists ...

During the work days, the synergy among the participants was motivated by the sharing of experiences and the spirit of unifying criteria to provide a catechetical formation ever more focused on the accompaniment of the recipient.