Vatican - Christmas Concert 2018: from musical notes to solidarity towards refugees in Uganda and Iraq
Featured 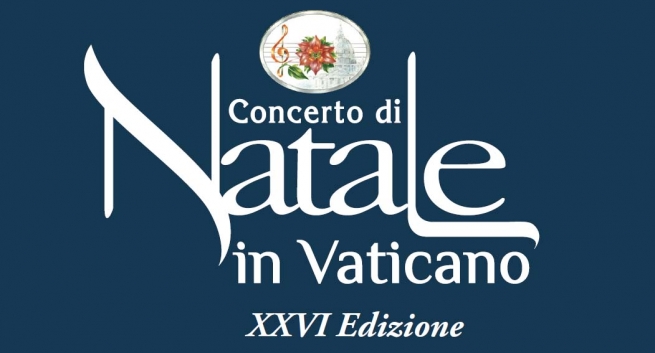 (ANS - Vatican City) - The XXVI edition of the Vatican Christmas Concert will take place on December 15th in the Paolo VI Hall. The presentation took place on Tuesday, October 23, in the Sala Marconi of Palazzo Pio, in the Vatican. The Salesian missions are once again involved: in fact, one of the two solidarity projects linked to the concert is "Missioni Don Bosco" of Turin in favor of refugees in the refugee camp in Palabek, Uganda.

Taking part in the press conference were Mgr. Angelo Vincenzo Zani, Secretary of the Congregation for Catholic Education, which promotes the concert; Br Giampietro Pettenon, SDB, President of "Missioni Don Bosco"; professor Italo Fiorin of the "Scholas Occurrentes" Foundation, which coordinates the second charity project related to the concert, and dedicated to the education of refugees in Erbil, Iraqi Kurdistan; and Stefania Scorpio, CEO of "Prime Time Promotions", which curates the event.

Education and migrants are the projects' common thread for this year: the idea is to "rebuild the fabric of Iraq", after the collapse of the regime of Saddam Hussein and the end of ISIS, and "give hope" to refugees from Uganda. "Two alternatives to migration through education ... Education is an element of redemption – (to start anew) - and a possible solution and, above all, an opportunity to go beyond the management of the emergency, offering concrete tools to build a future," added Msgr. Zani.

For his part, Br Pettenon illustrated the Salesians' project in Uganda: "We have evaluated the needs that exist and, besides spiritual assistance, because the refugees are predominantly Christians, we have identified courses in vocational training to meet the needs of young people in five sectors. The first is agriculture, as Uganda offers a small plot of land to be farmed to each family in the camp: we teach Horticulture. The second and third are Construction and Carpentry, mainly aimed at young boys; instead, for the girls, there is a course for Hairdressers and Chefs. We would like to do this to give a chance of micro-work inside this refugee camp."

The concert, although scheduled for December 15th, will be broadcast all over the world via the Canale 5 platform on the evening of December 24th. On Christmas Eve, and for several days throughout the Christmas holidays, viewers and listeners will be informed and reminded of the possibility of supporting the two projects through donations via SMS to a toll-free number.