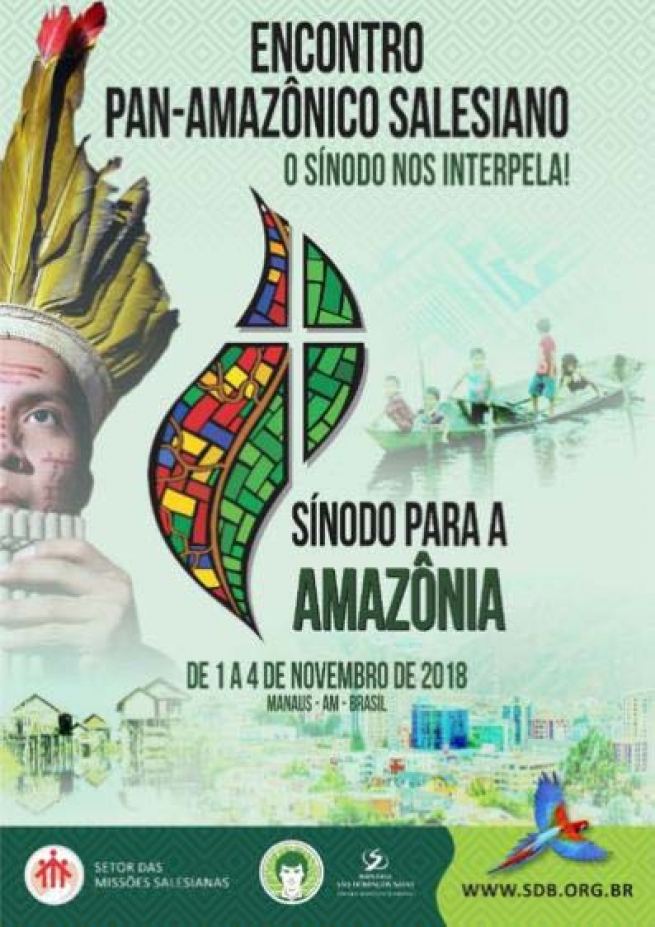 (ANS - Manaus) - According to data provided by the "Pan-Amazon Ecclesial Network" (REPAM), 2,759,478 people in the Amazon region of South America belong to 390 indigenous peoples and 137 peoples living in isolation. They speak 240 different languages, belonging to 49 linguistic branches, which represent a great wealth from the historical and cultural point of view. A "new world" that is truly immense and with and of great values. The announcement of a Synod for the Pan-Amazon region for the month of October 2019 thus demonstrates the Holy Father's commitment to a Church that seeks to change the way it operates in the Amazon. And the Salesians? The spiritual Sons of Don Bosco live, in fact, among them.

Beginning from 1 to 4 November is the great adventure of a meeting of the Salesian presence in the region: the Salesians who animate works in the Amazon shall gather to reflect on the 125 years of Salesian missions in the territory, review the current challenges and discuss actions to undertake in order to plan and develop the future with renewed vigor.

"We want to be in harmony with the Church, which is preparing the Pan-Amazon Synod," said Fr Martín Lasarte of the Missions Sector. The meeting will mainly be attended by missionaries from the Brazil-Manaus Province and Brazil-Campo Grande, in the State of Mato Grosso. But there will also be Salesians from Ecuador, Peru, Venezuela and Paraguay, as well as many Daughters of Mary Help of Christians and lay persons.

For this event, the participants were convened and invited by a poster expressing the rich and complex variety of the Pan-Amazon region and at the same time the main recipients of Salesian activity: children and young people. In the image one can also admire the great urban centers, the life along the rivers, the mountains as a symbol of the sacred, the flora and fauna ... And at the center is the symbol of the Synod, which shows unity with the Church.

The young people of the immense and fascinating Amazzonia await the sons of Don Bosco to share the faith and the riches of Christ in the Salesian style, building together a Church with an Amazonian face, which continues to be not only the planet's oxygen lung, but also a spiritual lung, where the encounter between Christ and the indigenous cultures enriches the whole of humanity.