Slovakia - ACSSA-Europe History Seminar: look to past to inspire "profile of Salesians for today's youth"
Featured 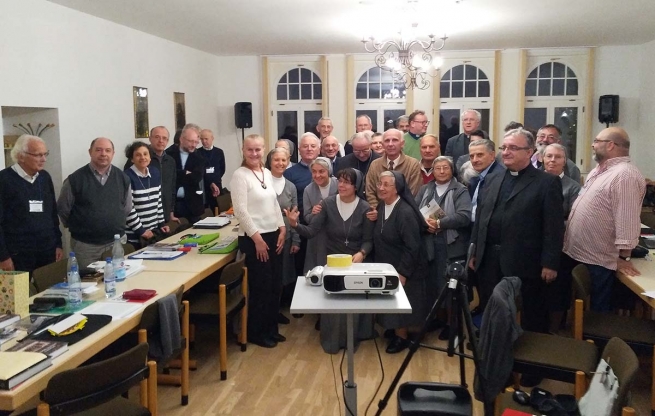 (ANS - Bratislava) – Concluding 4 November was the European Seminar of the Association of “Cultori di Storia Salesiana” (ACSSA), scholars of Salesian history, which was held at the "Centrum Salvator" in Bratislava; its aim: to present “Important Salesian Figures between XIX and XX in Europe”, that is, the Salesians (SDB) and Daughters of Mary Help of Christians (FMA), who though differing in formation, culture, habits, contexts of action, whether in a brief or lengthy part of their lives, represented and lived the Salesian mission in a way that was meaningful, innovative, special, or unique.

Work began on the afternoon of October 31 with a reading of messages of: Rector Major Fr Ángel Fernández Artime; FMA General Superior, Mother Yvonne Reungoat; the greetings of the SDB-FMA Provincials of Slovakia, Fr Jozef Ižold and Sr. Monika Skalová, and of the Director of Don Bosco Volunteers (VDB), Oľga K.

After a conference on the "Historical-ecclesial context of Slovakia from the first post-war period to 1990", which introduced the 50 participants to the land hosting the seminar - even more so thanks to witnesses of the consecration lived in hiding - the work began with the report of ACSSA President, Fr Francesco Motto. He illustrated the seminar's objectives, its methodology, and the criteria for the choice of the historical figures - including those excluded that included figures of holiness, who already enjoy a certain literature, and the various Rectors Major, Mothers Generals and their Councilors, already the subject of previous studies.

The 34 reports presented throughout the seminar highlighted how the Salesian mission manifested itself in history in ways that were "original", "typical", "peculiar" in the lives of certain religious men and women, people who in response to various political and educational contexts were able to give their best in the different roles held in the Congregation: as Provincials, Directors, oratory animators, vocations animators, writers of theater, music, artists, publishers, teachers, assistants, missionaries, bishops …

If "in the past there is the seed of the present, that we all know, but also of the future, which we must consciously build with fidelity and creativity," as the Rector Major wrote in his greeting to the Seminar, the profile of some significantly important characters of the past illustrated during the Seminar could be regarded as useful to inspire the "profile of the Salesian for the young of today", as requested by General Chapter 28.

For more information and the texts of the reports, visit the ACSSA Europa website.