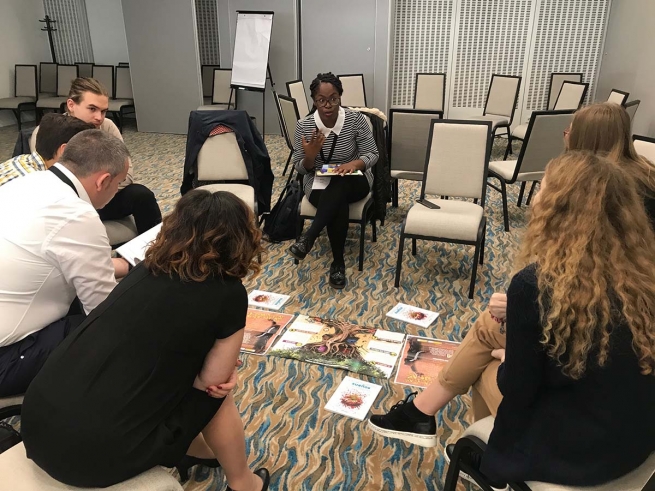 (ANS - Opatija) - From 29 to 31 October, Mery Bielo, a young participant in "Toma las riendas" (Take the reins, a program of emancipation and empowering of young people promoted by the Salesian Social Platforms of Spain) participated in the Annual Conference of "Eurochild", the network of European organizations working for the promotion and empowerment of children. Invited by the NGO "Don Bosco International", the Salesian Social Platforms were able to present the methodology of this program, through the story of Mery.

The Eurochild Conference, held in Opatija, Croatia, brought together professionals, researchers, politicians and public decision-makers together with children and young people with the aim of contributing to respect, promote and enhance the right of minors to participate in public decisions.

Mery Bielo shared her experience in a space called "Human Library". Speaking with small groups of people, Mery was able to make known the "Building Dreams" methodology used in the "Toma las riendas" program; and she also told participants how the program has influenced her life and how thanks to it she now feels "motivated to show all young people how they can change and take charge of their lives."

In addition to Mery's contribution, also noteworthy was Dylan's, from the Province of Ireland, who participated in the Conference's Council of Councilors for Children and Youth, and who played a very active role in the opening ceremony, being one of the moderators. The Eurochild Annual Conference, in fact, is always designed by and for children and young people.

Thanks to this and other good practices, "Don Bosco International" continues to reflect on how to increase initiatives that strengthen children and young people and help them become protagonists in important issues such as decision-making processes and active citizenship. All this, always following the line of Don Bosco: forming good Christians and honest citizens.

A brief testimony of Mery is also available on Twitter.