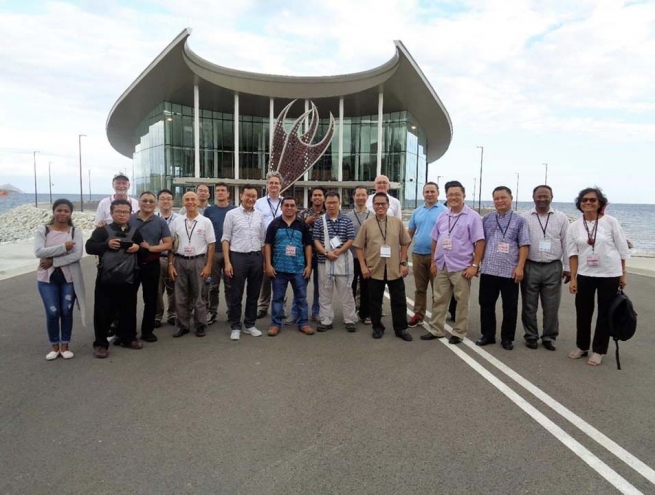 Held from 3 to 7 March, the meeting was chaired by the Economer General, Salesian Brother Jean Paul Muller, in the presence of 21 Salesians and lay mission partners from 12 EAO Provinces or Vice Provinces and 4 Provincial delegations.

Of note, among other things, was the first-time participation of the South Asia Regional Co-ordinator, Fr Xavier Pakiam, a sign of a process of strengthening synergies and networking. Fr Pakiam's contribution was greatly appreciated as it allowed participants to learn much about the good practices developed in the said region.

At the end of the work sessions, as is the custom, under the guidance of the Regional Co-ordinator for the Economy of the EAO Region, Fr Andy Satura (FIS), guidelines and plans of action for the forthcoming year were drafted.

The meeting just ended was the first regional-level meeting hosted by the Vice Province of Papua New Guinea-Solomon Islands since its establishment in 2016. Thanks to the quality of their reception and the cultural activities offered at the margins of work sessions, participants were also able to learn about and enjoy the rich Melanesian culture.