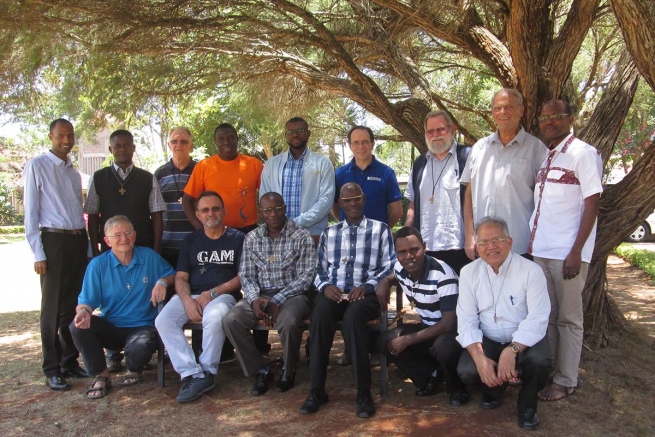 (ANS - Nairobi) - On March 8-11, the directors and principals of the post-novitiates in the Africa-Madagascar region gathered in Nairobi, Kenya, for a post-novitiate seminar. The appointment was the last of a series of similar events organized by the Regional Department for Formation throughout the Congregation. In this way, after having carried out a similar process for the Novitiate Masters in 2016, and for the Prenovitiate delegates in 2017, the path has been completed in the last 12 months with the leaders of the post-novitiates.

The main objective of the program was to reinforce the formation of the consecrated Salesian identity, which is the first of the goals that the 27th General Chapter entrusted to the formation councilor for the six-year period, ie 2014-2020.

Article. 114 of the Constitutions served as a compass for all these meetings in which, in a climate of mutual collaboration, the situation of this formative phase was analyzed in each region and province and the ways and paths were sought to make more true and effective that which this phase proposes: "the deepening of the life of faith and the spirit of Don Bosco, and an adequate philosophical, pedagogical and catechetical preparation in dialogue with culture" that "guide the young confrere to progressively integrate faith, culture and life"(C.114).

The meeting in Nairobi, led by the General Councilor for Formation, Fr Ivo Coelho, assisted by his collaborator at the same dicastery, Fr Silvio Roggia, was of great quality for the richness and depth of sharing and for the climate of true fraternity that characterized every moment.

Especially valuable and appreciated was also the presence of Fr Camiel Swertvagher and Fr Dufour François who form the animating team of the new Regional Center for Salesian Ongoing Formation (SAFCAM), which started in Nairobi last January, and of Fr Jackers Julien, a Belgian Salesian, Philosophy teacher in the post-novitiates of the three regions of the Congregation with the largest number of young Salesians.