Ecuador - Towards the centenary of "Editorial Don Bosco"
Featured 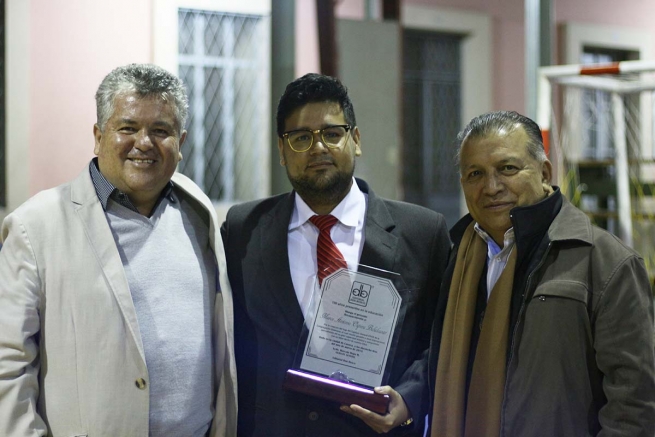 (ANS - Cuenca) - As part of a visit by the Provincial of the Salesian Province of Ecuador, Fr Francisco Sánchez, on Monday, March 18, the Salesian publishing house "Editorial Don Bosco" (Edibosco) has started celebrating the 100th anniversary of its education service, through various events that took place in the city of Cuenca, with the participation of directors, members of the house council and collaborators of the publishing house of different cities.

Dr Marcelo Mejía, Delegate for Social Communications and Director of Edibosco, greeted all those present. Then Fr Sánchez indicated that the purpose of the visit was to meet with the staff, learn more about their work, and starting from their daily lives, guarantee the sense of being Salesians in Ecuador: a mission that “takes place not only through parishes, oratories or missions, but also through Social Communication, which was very important in the heart of Don Bosco.“

Subsequently, to make known the historical context of the publishing house, Marcia Peña led a presentation in which she recalled that Edibosco dates back to the time of Fr Natale Strazzieri, an Italian missionary residing in Guayaquil, who wrote the "Manual of History of Ecuador" for children, a text that was presented on March 19, 1920. In the texts, it stated that "children and young people need to read and read in order to learn to think, speak, write, be free."

That was the very beginning of the collection of school textbooks.

Monday finally concluded with an evening party in which the protagonists were the employees of the publishing house, who shared their testimonies about their work. A recognition was also given to Marco Ospina, as being the creator of the logo of the 28th General Chapter of the Salesian Congregation, and to Eduardo Delgado, as the author of the illustration of Don Bosco which crossed the borders of Ecuador and has become an icon of the Saint of the Young.

On the morning of Tuesday 19 March, two lectures were presented which showed "the challenges of the publishing house from an educational, Salesian and market point of view," organized by Fr Juan Cárdenas, Fr Maffeo Panteghini and Dr Jorge Fernández Salvador. Fr Marcelo Farfán, General Coordinator of the IUS, spoke of "the challenge and commitment of the laity in the face of the educational and evangelizing dimension of the Salesian work."

Then the Mary Help of Christians parish was the stage for the opening centenary Eucharist, presided over by Msgr. Alfredo Espinosa.

The celebrations for the centenary of Edibosco will include various events that will take place in different cities throughout the 2019 course and will culminate on 17 April 2020.