Hong Kong – Salesian Family: “We are One and Diverse”
Featured 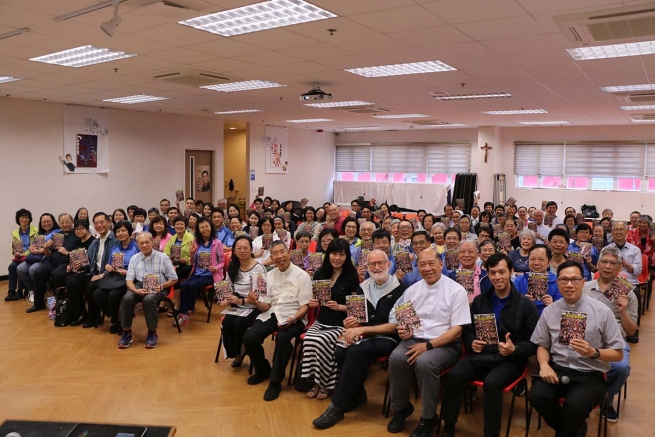 In 2012, the Salesian Congregation published the aforementioned document. As the then-Rector Major, Fr Pascual Chávez, said in the introduction written in the threshold of the three-year preparation for the bicentennial of Don Bosco’s birthday, the Constitutions would stimulate and animate the Salesian Family to deepen their understanding on the charism of Don Bosco. On the other hand, the Constitutions delineate some common features and traits which characterize the Salesian Family. It is hoped that they may facilitate different groups to exchange their experiences of living the Salesian charism and to foster cooperation.

The two-day seminary was divided into 4 sessions, corresponding to the 4 chapters in the Consitutions. The welcoming address was given by Fr Matthew Chan, the Provincial Delegate of the Salesian Family. Then, Fr Domingos Leong introduced the background information of the publication and the first part of the Constitutions. He emphasized that the Salesian Family belongs to the Universal Church contributing its part to the existence and the mission of the Church. The second part, which focused on the mission, was shared by Fr Simon Lam and his team of 3 Salesian clerics, 1 Salesian brother and 1 lay person. They shared about their experiences of living the Salesian charism in assisting the students and boarders in Aberdeen Technical School. On the second day of the seminar, the third part which introduced the Salesian Spirituality was conducted by Sr Enid Tso FMA. And, finally, the last part on the formation and animation of the communion in the Salesian Family was shared by Fr Lanfranco Fedrigotti.

The seminar was concluded with the celebration of the Holy Eucharist in which the mystery of communion was realized and nourished in the Word of God and the Body and Blood of Christ.