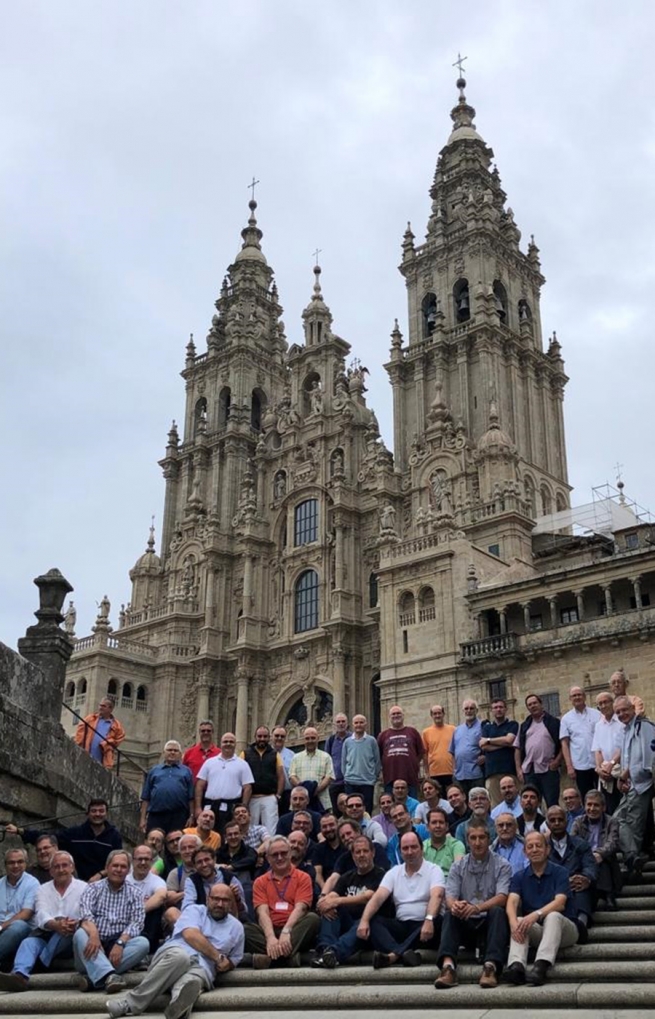 The participants were all Rectors recently appointed to the region's Salesian houses: two from Portugal, two from the Middle East Province and the others from the different Provinces and Districts of Spain and Italy, for a total of 52 Directors present.

It was the first formation course for Rectors organized at the level of the Mediterranean Region. Fr Stefano Martoglio, Regional Councillor, presided, and Fr Juan Carlos Pérez Godoy and Fr Ángel Asurmendi, Superiors of the two Salesian Provinces of Spain, were also present at the meeting.

The experience alternated working time with moments of prayer, celebrations and occasions for spontaneous exchanges and talks in the dining room and during breaks and visits to the Salesian community of Santiago and to the “Portico of the Glory” of the Cathedral of Santiago.

Fr Fernando Garcia, Coordinator of Schools for the Spain-St James Major Province, as well as one of the speakers of the formation course, said: “We are witness of a charism which we must take care of as the best of treasures… However difficult the journey may be, let us remain passionate about our vocation, that of being the living memory of Don Bosco in our homes.”

On the last morning of the course, the group of Directors received the moving testimony of seven youth leaders from the youth centers of Kafrun, Aleppo and Damascus, who were about to return to their country, Syria, at the end of the animation experience carried out as volunteers, for a month, in several Salesian oratories and youth centres in Spain, within the framework of the “Project Suriya”.

Finally, in the concluding Eucharist, Fr Martoglio reported some significant data on the Mediterranean Region.